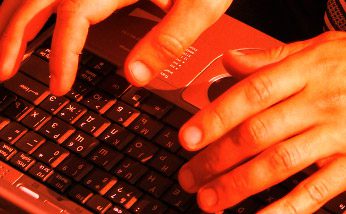 One of the major recurring themes during the Yammer on Tour event in New York City on April 9 was disruption. It’s not a term that’s typically associated with Microsoft, but since the software titan acquired Yammer in June 2012 for a whopping $1.28 billion, it is beginning to define the direction of its entire Office software ecosystem.

Yammer—as both a technology and a culture—is more than a collection of technical capabilities and social widgets, asserts Adam Pisoni, Yammer co-founder and general manager of the Microsoft Office division. And that’s not only what attracted Microsoft to the enterprise social networking startup, but it’s also influencing Office’s trajectory.

In businesses of all stripes, information is flowing across social networks irrespective of the hierarchies imposed by org charts. Increasingly, it’s the organizations that leverage enterprise social capabilities that are driving innovation and boosting profits.

“Yammer is a product that helps make companies more open and connected so they can be more agile,” Pisoni told eWEEK. “We’re also a consultancy that helps companies get through that change and learn from the best practices of other companies.

“Finally, I think we’re an embodiment of it,” said Pisoni. “We try to be the living model for what we think a company should be like.”

While Yammer’s tech usually grabs headlines, part of its popularity and success is owed to its Customer Engagement Services. It’s not uncommon for Yammer staffers to delve deep into a customer’s work environment during the deployment and integration process, informed Pisoni. This can include setting up shop at a client site for up to weeks at a time as the enterprise social network takes root within the organization.

Meanwhile on the technology side, Yammer and Office are becoming inextricably linked, and according to Pisoni, it’s just the push enterprises need to keep pace with shifting attitudes concerning workplace collaboration.

In the months ahead, Yammer plans on rolling out new features aimed at making it easier for workforces to communicate, collaborate and act upon information that affects their businesses. One example is the new Publisher, which simplifies posting and makes it easier to include colleagues in a conversation.

Yammer’s inbox is also getting some new functionality, including a new Priority Inbox feature that ranks messages by importance, context and the persons involved, and “surfaces” relevant messages. In addition, Yammer is hard at work on the mobile front with new, better performing native apps that leverage geolocation services.

Microsoft is contributing its Translator technology to enable one-click translation services for Yammer feed posts, allowing workers in multinational corporations to join their overseas colleagues’ conversations even if they don’t speak the same language.

Yammer also showed off its planned Office Web app integration, which Pisoni describes as his favorite. “We have this amazing ability to let people connect and communicate and collaborate, but they still have to go somewhere else to work on documents,” he said.

Users will soon have the ability to edit Word documents or PowerPoint presentations directly within the browser. Devised as a way to get employees to work collaboratively on a single copy of an Office document and reduce the number of attachments clogging up inboxes, the capability will soon allow Yammer users to edit and save changes in Office documents without leaving Yammer.