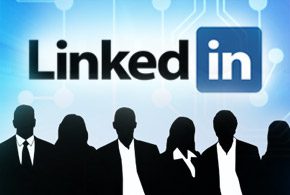 After months of testing, LinkedIn’s Resume Assistant is now available to Office 365 users.

The AI-enabled resume builder for Microsoft Word was first released to members of the Office Insider early-access and feedback program. Now the integration—one of many Microsoft has been working on since the software maker acquired LinkedIn in 2016 for $26 billion—is now broadly available to all Office 365 subscribers using Windows in a number of markets, announced Kylan Nieh, senior product manager at LinkedIn.

In some ways, Microsoft Word and LinkedIn’s jobs marketplace are made for each other.

According to Microsoft, Word is the leading resume writing platform with more than 80 percent of updates to resumes occurring in the popular word processing software. LinkedIn, meanwhile, attracts more than 20 million jobseekers each week.

After activating the LinkedIn integration option in Office, Resume Assistant will show up in Word 2016 for Windows, provided that certain conditions are met. For starters, Word’s display language must be set to English. Additionally, the Region setting in the Windows Control Panel must be set to a supported region, namely the U.S., Australia, Brazil, Canada, China, India, Japan, New Zealand, Singapore or South Africa.

Once activated, Resume Assistant can be accessed from Word’s Review tab. Users can then use it to help them produce polished resumes meant to grab the attention of recruiters and potential employers, courtesy of the tool’s intelligent recommendations.

“Resume Assistant gathers insights from millions of LinkedIn profiles to inspire you with examples of how others in similar roles – or aspirational roles – describe their work experience, directly within Microsoft Word,” stated Nieh in a Feb. 7 announcement. “Use these examples as inspiration to frame your own personal experiences or shine a spotlight on your unique set of skills to make sure you stand out from the crowd.”

Although Resume Assistant is only available for Word 2016 on Windows and in English, that will soon change, said Nieh. The tool will be released across other platforms, languages and regions “in the coming months,” he teased.

In May 2017, Google unveiled a new search feature that helps folks find jobs across all skill and experience levels, not to mention desired compensation. Dubbed Google For Jobs, the feature uses a machine-learning service built with input from leading career destinations, including Monster.com, Facebook, CareerBuilder, Glassdoor and LinkedIn. Helping users zero in on suitable jobs with reasonable commute times, the service automatically determines a user’s location and delivers close matches along with opportunities to apply for open positions.