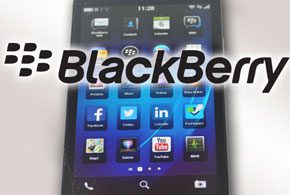 When Michelle Maisto reviewed the BlackBerry Z30 in November 2013, the phone was only available from Verizon as a CDMA device and it came with a subsidy and a mobile service contract.

Since then a great deal has changed. The phone is now available in a GSM version, meaning it can be used worldwide, and it’s only available as an unlocked phone without a contract, either from BlackBerry or from Amazon, where it costs less.

You can use the Z30 GSM in the United States on either AT&T or T-Mobile, where the phone will work with either carrier’s HSPA+ or LTE networks. This phone will also work globally on GSM, 3G, most HSPA+ and some LTE networks. The phone supports T-Mobile’s WiFi Calling, but that requires a release of BBOS that was not available for testing. This test was conducted using BBOS 10.2.1.3175, which has the ability (along with some other release numbers) to run Android software.

The ability to run Android apps is a significant development for BlackBerry, if only because it provides a doorway to a vast collection of software that BlackBerry users have only dreamt about until now. BlackBerry does this by creating an Android-compatible container in which the app runs, while the phone still supports its full, real-time multitasking and strong security.

But running Android apps isn’t the same thing as going to the Google Play store and just downloading an app. Because this isn’t Google’s operating system, Google Play isn’t available. Instead you will need to browse to 1MobileMarket or the Amazon app store, download the store apps and then use those to search for the apps you want to download. This isn’t as cumbersome as it sounds, and most Android software works fine.

Unfortunately, not all Android apps work. When an app does fail, most of the time it’s because it requires Google Play Services, which isn’t available on BlackBerry devices. And, of course, you can’t use an app if it’s not available in a third-party app store. To reach the third-party app stores, you must first go into the settings area on the device, open the App Manager and select the “Installing Apps” function. There you can choose to allow the installation of apps from anywhere.

I found that the Android support made the Z30 significantly more useful, especially for some productivity and travel apps. I was able to download Microsoft Office Mobile and OneDrive, for example, and install them on the BlackBerry Z30. OneDrive integrated properly with the camera on the device so that photos were uploaded automatically. Microsoft Office Mobile didn’t really work properly.

In some cases, Android apps worked fine except for some functions. The WeatherBug app worked properly, except for the function that shows the weather radar, which did not work. Unfortunately, you need to check BlackBerry’s support forums to find out which apps worked and which didn’t for other users. Perhaps at some point BlackBerry will provide some guidance here, but currently that’s not available.

The larger screen on the Z30 makes the phone easier to use for some functions, such as using the Web, but because the resolution is the same as the smaller Z10, the effective pixels per inch is lower. For most purposes, the difference isn’t significant.

What is significant is that the screen’s dynamic range is far better on the Z30, which means blacks are really black, rather than being dark gray as is the case on most phones. BlackBerry has a dark red clock display that you can use in a darkened room, and with the Z30, the dark red clock face appears to be floating in the blackness of space.

The larger screen also makes typing on the Z30 easier than on the Z10, although typing on either device is easier than on most touch-screen devices. BlackBerry’s long history in interface design shows, and the excellent predictive typing is even easier to use when you have a larger target for your finger to flick a word into whatever you’re typing.

The larger size also enables BlackBerry to use an adaptive antenna design that the company acquired when it bought Paratek in 2012. The new antenna allows the phone to change the calibration on its antennas as dictated by conditions.

This new antenna works well enough that the Z30 was able to maintain communications in weak signal conditions where other phones, including the Z10, were unable to even detect the presence of a signal.

The phone’s 2,880-mAh battery enables the phone to keep running far longer than similar devices, even those with smaller screens. I was routinely able to use the Z30 for periods of time exceeding two days of normal use without a charge. My experience with other phones with large screens was that many of them were unable to last for a full day of use. The Z30 includes a battery monitoring application that can show you what apps are using the most power, and you can, if necessary, shut them down to extend your battery even longer.

One problem that had plagued the initial testing of the Z30 turned out not to be a problem with the phone itself, but rather a problem with Microsoft Outlook and its interaction with the Link software that allows you to synchronize the Z30 (or any other BlackBerry device) with your computer.

Somehow, those two applications managed to create a defective contact record with over a thousand data fields. This problem caused the phone to try to integrate that record, which took awhile and used up all of the available CPU capacity. Once that problem was fixed, the phone worked properly. BlackBerry has since revised its software so that it won’t attempt to pass such a defective record to the phone in the first place.

While it’s true that the Z30 has some of the disadvantages of a larger smartphone, the new BBOS software and the improved hardware make the Z30 an excellent phone. It is, I think, the best BlackBerry yet, even if the larger size means I can’t button the pocket on some of my LL Bean shirts.