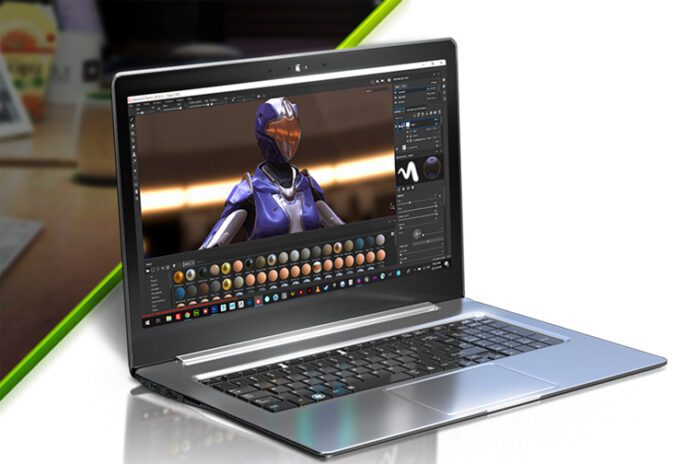 Mobile workstations, much like dedicated game-based laptops, tend to be large, heavy and expensive. They are generally defined by battery life measured in minutes. This is likely to remain the case in the future for those who demand performance in line with desktop workstations, but technology advancements, particularly in graphics, have allowed for the emergence of a new class of product. This new class is being driven by NVIDIA, and it was launched in May.

This class of product is called the RTX Studio Line laptop based on NVIDIA’s Ray Tracing engine. It provides workstation-like, targeted performance without turning the laptop into something that is too heavy, too expensive and too power-hungry for general day-to-day use.

The targeted performance is for functions such as video editing, animation and other forms of content creation (CAD, architecture, graphic design, etc.). Let’s talk about why this is a potential game-changer in the mobile workstation space.

Currently there are effectively four classes of laptop computers: value products, premium products, gaming products and mobile workstations. The RTX Studio class effectively bridges the premium and workstation products with a blended class. This one has many of the attributes (size, weight, design) of a premium line with the performance of a workstation-class offering.

Lacking on the workstation side are the multiple software certifications that workstation-class products typically require in the engineering space. This is priced toward the top of the premium range and does sacrifice some of the size and battery life attributes of the class.

However, the result is a product that is far more closely aligned with artistic creators. These are people who value the performance but don’t want to give up on the physical benefits of a premium laptop offering.

They are effectively looking for the kind of product blend that the Studio line demonstrates.

This product type also demonstrates a different strategy to the kind of problem the Microsoft Surface line was designed to address. Microsoft believed that the OEMs weren’t properly addressing the needs of those buying Apple products and so created Surface to better meet those needs; the result has been, as expected, very successful. NVIDIA’s approach was to define the class and drive the designs but not go so far as to use an ODM to build an NVIDIA laptop to their spec to be sold under their brand.

Both strategies have merit, but the Microsoft path has more risk, more cost and more potential upside if Microsoft fully funds the effort (which it did). NVIDIA doesn’t have the resources Microsoft has, so had it gone down the Surface path, its effort would have likely been underfunded, failed and driven OEMs to counter with AMD solutions.

So, both Microsoft and NVIDIA used the best strategy for their goals and available resources.

Wrapping Up: Evolving the Studio Line

The recent release of Studio Line RTX laptops is only the beginning, and this effort will focus NVIDIA and the OEMs on the creative class of user far more tightly than they have been before. This should result in some interesting targeted changes to the evolution of both the RTX mobile parts and Studio Line laptops. Based on feedback from the users, this could mean one of several future paths: one that focuses on more traditional features like materials, weight and battery life; one that focuses more on targeted performance trading off those features; or most likely, a range of products from the participating vendors that span these needs and target specific subgroups of buyers.

This is all to say we are only at the beginning of this trend, and the future should result in even more interesting offerings. These offerings will increasingly include multiple screens, new input methods (such as integrated digitizers) and lines of accessories. Creative professionals are being targeted; this may sound bad, but it really is a good thing for them.

Now if they’d just build a laptop targeted at analysts …