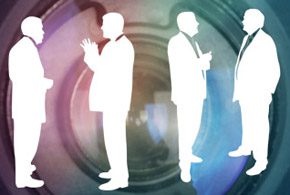 Barak Manor, product manager for Lync Mobile, announced that a new batch of updates includes a “Gallery View for the iPad, Lobby Control and promote/demote participants for both iPad and iPhone.”

With the latest release, Microsoft is narrowing the features gap between the Lync iPad app and the desktop clients. “Today we’re pleased to share that now we bring you not only one, but four video streams in a Lync Meeting on the iPad,” said Manor in an Aug. 26 statement. In the case of more attendees, the software spotlights active participants.

“Lync automatically detects and shows the video streams of the most active speakers in the meeting,” said Manor. Less talkative participants appear as still avatars under active speakers.

A new Lobby Control feature for both the iPad and iPhone allows organizers to better manage their virtual meetings. When new participants appear in a Lync meeting’s lobby, presenters are now notified of their presence.

“After opening the roster, a mobile presenter is able to either admit or deny people that sit in the virtual lobby,” noted Manor. After tapping the lobby icon, users can selectively or collectively (admit all or deny all) manage attendance.

Microsoft has been steadily moving Lync into a more mobile direction.

In May, the company released its first-ever Lync app for Android 4.0 (Ice Cream Sandwich) that runs on tablets powered by Google’s popular mobile operating system. Manor stated at the time that the Lync group within Microsoft “understands that people use a variety of devices, and we want to open the door for everyone to enjoy a great communications experience—no matter where you are or what device you’re using.”

Tablet sales may have hit a speed bump after the holidays, but Android has a firm grasp on the market.