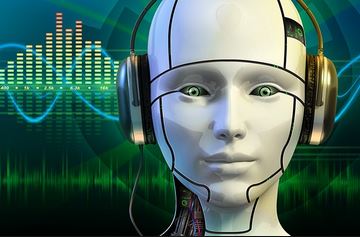 Despite a high-profile stumble last year, Microsoft is intent on ushering in an era of conversational computing. The company’s latest efforts include quietly releasing an artificial intelligence chatbot called Ruuh for Facebook Messenger.

Ruuh is reportedly aimed at the Indian market at present. “Ruuh is a chatbot provided to you for entertainment purposes,” stated Microsoft in the service’s Facebook page. “She is English speaking and only available to users in India. Do not rely on her statements as advice, counselling or endorsements.” Its areas of interest include Bollywood, music and travel.

Ruuh joins Xiaoice, which debuted in China in 2014, as part of Microsoft’s growing family of chatbots. Attracting its share of admirers, Xiaoice quickly became a hit for Microsoft in the populous country.

“Millions of young Chinese smartphone users chat with Xiaoice every day, drawn to its empathy and sense of humor,” wrote Microsoft in a June 2016 profile of Dr. Hsiao-Wuen Hon, corporate vice president of Microsoft Research Asia. “One quarter of them have reportedly told Xiaoice ‘I love you,’ exceeding Dr. Hon’s dream of creating a system that can provide information.”

A year ago, Microsoft’s experiments with AI chatbots took a darker turn when it came to time to introduce Tay to the world.

Tay was a social media chatbot with the “personality” of a young American woman with a playful streak. After being goaded by web trolls, Tay’s responses were laced with racially-charged tweets and other offensive content, forcing Microsoft to quickly pull the plug.

“The AI chatbot Tay is a machine learning project, designed for human engagement. It is as much a social and cultural experiment as it is technical,” a Microsoft spokesperson told eWEEK at the time. “Unfortunately, within the first 24 hours of coming online, we became aware of a coordinated effort by some users to abuse Tay’s commenting skills to have Tay respond in inappropriate ways. As a result, we have taken Tay offline and are making adjustments.”

Tay never reappeared, but Microsoft gave social AI chatbots another try in December with the release of Zo.

Similar to the Xiaoice chatbot, Zo has proven to be generally well-behaved and has avoided the problems that lead to Tay’s shutdown. Originally launched on the KiK chat platform, Zo is now also available on Facebook Messenger.

Meanwhile, the industry is exploring ways to put chatbots to work.