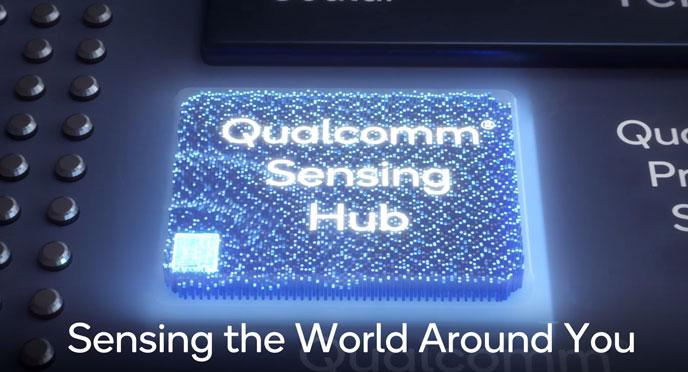 This week was a depressing one for the analysts who cover the smartphone market. Traditionally we fly to Hawaii to attend the Qualcomm event, where we get a sense of what new features the premium phones will have in the next year. Thanks to COVID this year, we got a box with things that reminded us of Hawaii in it and watched the event streamed, which isn’t even close to the same thing.

Ironically, while the improvements aren’t that Earth-shattering, Qualcomm knocked it out of the park this year. Next year’s premium phones (well, from most everyone but Apple) promise to have some of the most extensive year-over-year advances this market has ever seen.

But one thing caught my eye that stands out above the rest: the Qualcomm Sensing Hub, which promises to provide functionality that many of us didn’t realize we wanted. Let’s talk about some of the advancements and then spend some quality time on that sensing hub.

Before we get to the sensing hub, here are some of the advances to look forward to next year at the top of most phone lines (except Apple–and yes, I’m picking on Apple). With every new technology, the first devices tend to underperform expectations, and later devices do far better. This outcome appears to be true in this case because next year, both the network infrastructure and the 5G phones will improve substantially. Carrier aggregation, dynamic spectrum sharing and millimeter wave capabilities and deployments should make 5G performance by year-end with then-new premium phones substantially outperform most anything in the market this year.

Photos get a massive improvement with the ability to take up to 120 high dynamic range photos in a second coupled with AI improvements that will provide auto framing and a level of auto-editing we’ve never seen before. Pictures showed that using the prototype phones matched or exceeded similar shots using professional photography equipment, and the new low-light performance was almost unbelievable. I was a professional photographer a few years back, and I doubt I could have created the too high-quality images this advanced AI-backed photography solution puts out.

Gaming has advanced on the phone, and performance levels rival gaming consoles, extremely low latency and speeds exceeding 90 frames per second in 4K.  I should add that Qualcomm is already showcasing 144 frames per second in the lab, so this will be a moving target. Part of how they get there is an AI-driven component that puts the video power where you need it and reduces GPU loading by up to 40%.

Speaking of AI, Qualcomm is moving its AI performance, using a dedicated AI processor, from 15 TOPS (trillion operations per second) to 26 TOPS. Our smartphones are going to be getting a ton smarter. This improvement will have a lot to do with the picture quality above, sound quality (which is going up significantly), and what the phone is capable of doing.

Speaking of what the phone can do, the Qualcomm Sensing Hub looks to be a game-changer. I’ve had many sensors in our phones for some time and pretty much no clue how to use them together to do something different. What if your phone used those sensors to become aware of your surroundings?

The example Qualcomm used was keeping track of where you left your car, and I think all of us at one time or other, walked out of a store, event, or terminal and looked out at a massive parking lot and thought: “Oh crap, where the heck did I park the car” (and I doubt we said “heck”). But imagine alerts on rapid temperature drops, notifications about people who are in distress (physical or medical), alerts that you are entering an unsafe area in time to avoid that area, or alerts that people around you weren’t wearing masks and were running temperatures? Granted, some of this stuff will likely have us rethinking where we carry our phones or using head-mounted cameras, but the result would be a phone that was more of a companion than just an entertainment and communications tool.

Now I think it will take several years to flesh out what this feature can do entirely, but I think it has the potential to fundamentally change how we use and think of our smartphones and even change the accessories we use with them in the future. So watch this space.

Qualcomm showcased that 2021 will be a massive year for premium smartphone improvements when launching their Snapdragon 888 processor virtually this year. They are improving significantly almost every one of the smartphone capabilities a lot. But to me, the most significant change is the emergence of the Qualcomm Sensing Hub as a change machine that will provide features in our smartphones most of us didn’t even know we wanted.

Still, we likely will shortly become our collective favorites. Apple isn’t part of this effort anymore. This change will enhance the phone’s digital assistant capability; I’m guessing Siri’s reputation of being the dumbest digital assistant in the market is pretty much assured again in 2021. But if you aren’t using an iPhone, your new phone next year is about to become impressively smart.

And there we have yet another reason to look forward to getting the heck out of 2020.