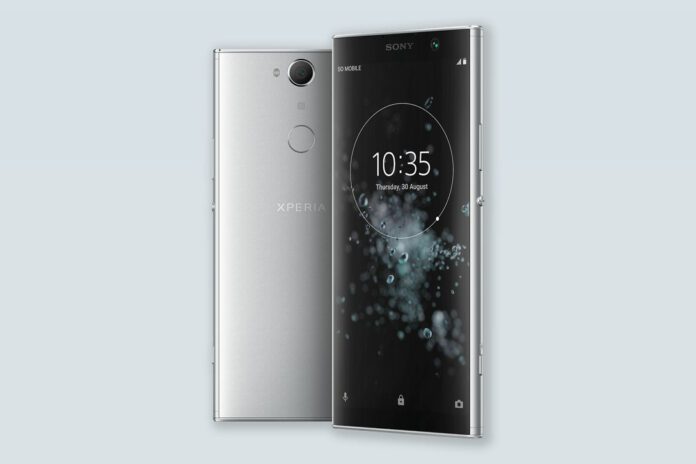 A new Sony Xperia smartphone, the Xperia XA2 Plus, will arrive in late August, but analysts say the midrange device will likely not be enough to help propel Sony’s tiny global market share.

It’s not like Sony isn’t trying, however, as the company has packed the handset with a myriad of features, including a 6-inch Full HD+ display with an 18:9 aspect ratio, a 23-megapixel Sony Exmor RS rear main camera, Sony’s High-Resolution Audio capabilities and a Qualcomm Snapdragon 630 processor.

The latest model also packs a rear-mounted fingerprint sensor, an 8-megapixel wide-angle front camera, a 3,580mAh battery with quick charging capabilities and an anodized aluminum frame with a diamond-cut finish.

This is Sony’s first mid-priced phone to include its High-Resolution Audio technology, as well as its Sony Digital Sound Enhancement Engine (DSEE HX) feature, which automatically upscales sound files to near high-resolution sound quality. The display, which is covered with strong Corning Gorilla Glass 5, includes narrow bezels and thin borders to maximize the phone’s viewing area.

The Xperia XA2 Plus handset runs on the Android 8.0 Oreo operating system and will be available in silver, black, gold or green with a single SIM slot or dual SIM slots depending on the market. Pricing and additional release details were not announced.

While the features are broad in the new phone, several IT analysts told eWEEK that the Xperia XA2 Plus will likely not change Sony’s smartphone sales results in the United States.

Steep Climb for Sony in the U.S.

“It will be extremely difficult for Sony for a number of reasons,” including the company’s tiny 0.7 percent global smartphone market share measured in the first quarter of 2018, said Tuong Nguyen, a mobile device analyst with Gartner. “Most of this volume came from Japan and Europe. It will be an even steeper climb to gain traction in regions where they’re even less popular.”

Another issue with this latest handset is that its features are not keeping up with what’s being offered by competitors, he added. “All the significant competitors in this market are expanding on current tech—for example, adding cameras for depth sensing and introducing interesting and compelling features and functionalities such as augmented reality, virtual reality” and more.

“The hardware announcements in and of themselves seem fine, but I question the value in competing in just this aspect,” said Nguyen. “The key for Sony is addressing that holistic experience of interface, usability, compatibility, etc.,” rather than just individual features like improved audio or cameras.

While it’s not impossible for Sony to compete at a higher level in terms of market share around the world, its corporate structure could make it difficult, he said. “I don’t think it’s ever too late for any vendor, but oftentimes when it’s a larger company, they lack the agility or corporate culture to adapt or adapt quickly enough to keep pace with or stay ahead of the market.”

Avi Greengart, a mobile device analyst with GlobalData, agrees with that outlook. “Sony’s brand is strong, but not in phones,” said Greengart. “Many U.S. consumers do not know that Sony even makes phones.”

One problem is that the company does not sell its phones through mobile carriers, where most U.S. consumers buy their phones, said Greengart. That means there are no installment plans or hidden subsidies to make them easier to buy. In addition, Sony handsets only work on the AT&T and T-Mobile cellular networks, making them unusable for Verizon or Sprint customers and limiting their market appeal, he said.

“The mid-tier market is a hard place to sell phones in the U.S., where consumers can either afford to spend just a bit more on a flagship phone from Apple or Samsung, or cannot afford anything above $250,” said Greengart. “It’s nice to see that Sony is slowly improving its designs, but it is hard to see how it will sell phones in volume with its current approach.”

Another analyst, Charles King of Pund-IT, was less pessimistic about the new Sony offering.

“With the new Xperia XA2 Plus, Sony has repackaged high-end consumer features into an aggressively priced, midrange handset,” said King. “Where the XA2 Plus falters a bit is in overall performance, which is unsurprising, given its past-generation Snapdragon processor. Plus, battery life is decent rather than great.”

One strength for the new phone, though, is its likely price, which King estimates will be around $400. “While Sony will face some serious competition, particularly from Motorola’s Moto Z2, the XA2 Pluses’ excellent looks, display and audio should please many consumers who will consider it a bargain.”