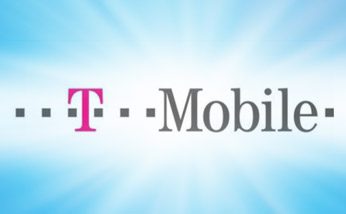 I was having lunch with a Verizon Wireless executive in the Washington, D.C., suburbs in early April, when I took out the BlackBerry Z10 I’d used for my eWEEK review and noticed that T-Mobile’s LTE had arrived in the area.

“That’s not really LTE,” my lunch companion said. But indeed it was, and a few minutes later I swapped out SIM cards and brought the phone up using AT&T’s network. LTE was there, too.

The BlackBerry Z10 was delivering a level of access that’s now going to be available to iPhone 5 owners. T-Mobile has just announced that Apple is issuing an update to iOS that will let owners of unlocked iPhones use T-Mobile’s 4G and LTE network.

Of course that means you have to have an iPhone 5 to use LTE, and an iPhone 4S or later to use T-Mobile’s high-speed HSPA+. Apple will start selling iPhones with these same capabilities as the standard GSM version of the iPhone in the United States. AT&T iPhones will have the same software tweaks. Furthermore, according to TmoNews, the unofficial T-Mobile blog, the new iPhone update will allow Sprint and Verizon Wireless phones to work on T-Mobile’s 3G network.

Meanwhile, T-Mobile also announced that the company was now taking orders for its own version of the iPhone. The T-Mobile version of the iPhone will sell for $99 plus 24 monthly payments of $20 per month. The T-Mobile version will be unlocked. If you don’t want to do the math yourself, the bottom line is that T-Mobile is selling the unlocked iPhone at a discount, but without a contract. Deliveries will start April 12.

If that’s not enough, T-Mobile also announced a deal in which Audi would equip some of its cars with built-in T-Mobile WiFi hotspots. This means, among other things, that T-Mobile now has the coolest fashion accessory of any mobile carrier. If we’re lucky, they’ll also sign a deal with BMW, kind of like the T-Mobile-equipped BMW I saw at CeBIT in Hannover, Germany, in March.

And while all of this was going on, T-Mobile released preliminary first quarter results, announcing among other items that the company had added 579,000 new customers. Meanwhile, churn was down significantly and the sales increases were in both prepaid and postpaid accounts, which is important for long-term financial health.

In other words, the first week of April was a very good week for T-Mobile. The “un-carrier” is going gangbusters in pretty much every metric that’s out there to measure.

At this point, it appears that the other US carriers are watching to see if they need to get off the contract bandwagon and become “un-carriers” too. I suspect that after a few more months of performance like this from T-Mobile and there will be changes.

But I don’t think that those changes will include a complete dropping of subsidies and contracts by the other carriers except maybe Sprint, which also needs to re-energize itself. What’s more likely to happen is that Verizon Wireless and AT&T will find a way to offer no-contract options similar to what T-Mobile is offering, while continuing to offer subsidized phones for as long as they can milk that cow. If you do the math, a subsidized phone is hugely profitable for those carriers.

So what’s next? Verizon Wireless will have to think of new ways to attack T-Mobile, since the previous “They don’t have LTE” commercials on television won’t work anymore. AT&T may have to develop customer service, since that carrier needs a way to keep customers from departing en masse for T-Mobile where their phones will work fine, the costs are lower and the customer service is better. I suspect we’ll start seeing attack ads from AT&T any time now.

I’m not sure what to say about Sprint. That carrier has so many problems that only a mountain of money from SoftBank will help and it may be a while before there’s much visible improvement. Meanwhile Sprint has enough on its plate that attacking T-Mobile is pretty low on the priority list.

For its part, T-Mobile is going ahead with its acquisition of MetroPCS. The deal has passed through all of the regulatory hoops, but there’s a stockholder lawsuit (isn’t there always?) that might slow things down. When that happens, T-Mobile will start trading in MetroPCS phones for phones that handle GSM and MetroPCS customers will magically become T-Mobile customers.

Farther down the road, T-Mobile will start getting the new Apple devices along with everyone else, so T-Mobile will likely get timely access to the iPhone 5S and iPad 5 when those new models hit the market.

But T-Mobile will also carry Samsung Galaxy S4 when it comes out. Of course, T-Mobile is planning to have most of the US covered by LTE before the end of the year. You have to wonder who turned on T-Mobile’s afterburners last month. Maybe it was CEO John Legere deciding to exceed expectations. I’ll ask him that question if he grants the interview I’ve requested.