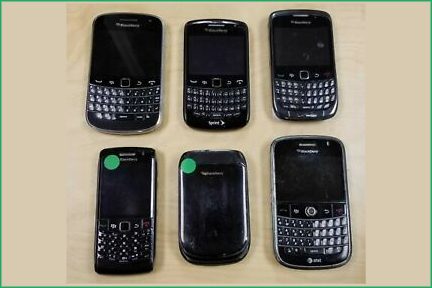 This month I was at an event held by BlackBerry in the New York Stock Exchange. The opening session was between John Chen, one of my favorite CEOs, and Bryan Moynihan, CEO of Bank of America. BlackBerry had recently completed–in record time, I should add–the acquisition of Cylance, and it was clear that BofA loved the result and was relying on the firm heavily for security.

But the interesting thing was that Moynihan, like many CEOs and government employees, still uses a BlackBerry QNX phone, and he made two interesting comments. One that BofA was moving away from BYOD because the security and support problems have made it unsustainable, and the other was the implication that he wished BlackBerry would create another QNX phone.

I spoke with Chen after the talk. He said he is still unwilling to go back into the smartphone business but might be willing to partner with someone else to meet that need. Let’s explore this.

The reasons I think Moynihan’s comments were particularly interesting is that: a) BofA is arguably the most powerful bank in the U.S., and is considered a huge financial segment influencer; and b) because that it has been so successful at being an early adopter of the internal cloud concept, actually executing before we even had the term “cloud.” What BofA does, other financial firms are likely to at least consider, if not emulate.

This means that there are likely a lot of other financial organizations that want a business-focused phone. In talking to some of the government IT folks at the event, they shared this desire, and given Microsoft has one of the deepest corporate advisory councils on the planet, I think their recently announced, business-focused Surface Duo phone was created to meet that demand, validating that it is real.

Microsoft will use a secure version of Android to meet that need, but what if BlackBerry partnered and created a business-focused alternative?

Because of the general distrust of Google and the belief that Android isn’t secure, using Android in government and financial accounts has been iffy, giving Apple an advantage. But concerns about Apple’s lack of transparency and its security-by-obscurity policy, firms are nervous that what they don’t know will bite them in their collective butts, and they don’t really trust Apple, either. Choosing Apple isn’t ideal, and they see that solution as the best of bad choices but that means that BlackBerry has an opportunity to do to Apple what Steve Jobs did to BlackBerry and at least flip part of the market.

5G is the game changer, because it creates an opportunity to rethink not only smartphones but PCs, because you get enough bandwidth to make a thin-client solution work for everyone. That means you could create a massively secure product using BlackBerry’s entire security stack, which is impressive, and tie it back to a cloud service much like Bank of America has internally. With that solution, Bank of America would have full control and be better able to ensure the solution, both from a maintenance and from a security standpoint. They also could either choose to allow employees to run personal apps in secure containers or require employees to have separate personal phones, much like what is still required of most government organizations with whom I’ve chatted.

Qualcomm’s Snapdragon platform would supply the 5G capability, but BlackBerry would still need someone to build the phone. Likely candidates would be Samsung–which would love to take market share from Apple and has the market strength to drive the solution—HTC, which could really use a win and was early with blockchain phones, and Lenovo, owner of Motorola, which has the ThinkPad brand that would be ideal for this solution. Lenovo is the only company currently bridging both the U.S. and the China market successfully, because it is trusted in both. Another option might even be Microsoft, which might tie the solution back to Azure, creating an interesting alternative to the current Android strategy.

The result would be a cloud-based, very secure smartphone for our increasingly unsecure world and would, at the very least, be massively disruptive. I know John Chen loves to kick ass, and this would be a kick-ass move.

We’ve been operating for some time on the iPhone smartphone model, which Apple has done little to defend and is now in market share decline. It is only showing revenue growth due to price increases, which isn’t a sustainable strategy. This means the market is increasingly open to a disruptive change, and given how fast this segment moves, the current model–which has been in place for nearly two decades–is overdue for disruption.

Clearly Microsoft with the Surface Duo is planning to disrupt, because the need for a business-focused smartphone is long overdue. But one other vendor (with partners) is capable of doing this as well, and with BofA’s support, Qualcomm’s help and the right OEM, I believe BlackBerry could also make a huge impact here.

I think we are overdue for a high-security, business-focused smartphone, and it is clear Microsoft, the financial sector, and government IT agrees. Let’s see who else steps up.