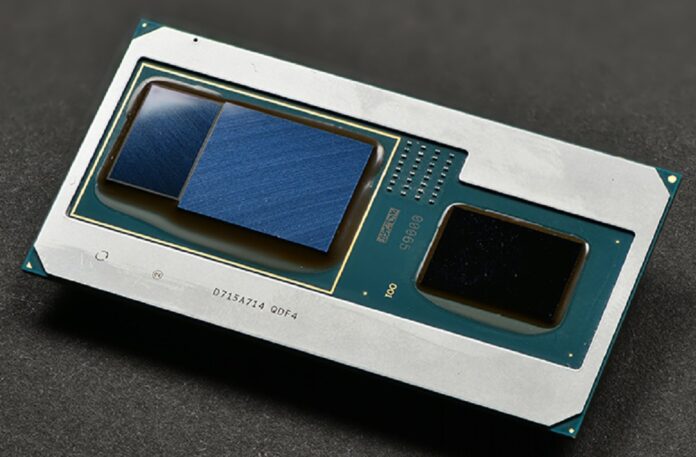 Advanced Micro Devices’ Radeon Vega GPU is getting a lot of attention in Las Vegas as the CES 2018 tech show gets underway.

Executives with both AMD and its rival, Intel, unveiled new processors that come with the latest iteration of the chip maker’s graphics technology, and PC makers are coming out with refreshed systems that are powered by the chips.

In pre-CES events in Las Vegas over the weekend, both AMD and Intel unveiled the latest processors that come with the Radeons based on the latest Vega GPU architecture. AMD introduced two Ryzen desktop processors with the Radeon Vega graphics inside, the quad-core Ryzen 5 2400G with 11 compute graphics units and Ryzen 2200G with eight compute graphics units.

The company is aiming the chips at smaller form factors like two-in-one hybrid PCs, thin-and-light notebooks and mini-PCs for gamers, content creators and users who are into virtual and mixed reality. Both Dell and HP Inc. are putting the new chips into two-in-one systems, and the latest NUC mini-PC from Intel also will feature the processor.

The next-generation Vega architecture is part of a larger strategy put in place by AMD President and CEO Lisa Su and other executives more than two years ago to refocus its efforts to develop high-performance and high-efficiency CPUs and GPUs that could challenge Intel and make AMD a serious player again in such markets at PCs and servers.

That has included the “Zen” architecture for x86 processers that are making their way into clients and data center systems as well as new GPU products. GPUs are a core part of the strategy, enabling AMD to challenge Nvidia and expand its presence in such areas as gaming and virtual reality. The company created the Radeon Technology Group several years ago to accelerate its graphics development efforts.

Nvidia is the leader in graphics technology, but Intel surprised some industry observers last year when it announced it would use AMD’s GPUs with some of its chips. Intel traditionally pairs its CPUs with discrete GPUs from Nvidia, but with Radeon Intel now offers processors that come with the CPU and GPU on the same silicon.

Included in the chip is Intel’s Embedded Multi-Die Interconnect Bridge (EMIB) technology, which officials described as a high-speed intelligent information bridge linking the GPU and High-Bandwidth Memory (HBM) 2, which enabled Intel engineers to shrink the footprint of the silicon to less than half what it is when discrete components are used separately.

With the space reduction, system makers can create thinner and lighter devices, officials with the chip maker said. The new processor design will enable some enthusiast devices to come in at less than 17mm thick and can run up to eight hours on a single charge.

At their separate events, officials with both AMD and Intel also talked about products that are coming in the future. AMD CTO Mark Papermaster said the Zen core that is shipping in Ryzen desktop and mobile processor is in production in both 14-nanometr and 12nm design, with 12nm samples currently shipping.

In addition, the design of the next generation of the architecture, dubbed “Zen 2,” has been completed, and that company engineers will continue to drive performance and performance-per-watt improvement through 2020. On the graphics side, AMD this year will grow the Vega lineup with Radeon Vega Mobile GPUs for ultrathin notebooks. Papermaster noted that AMD’s first 7nm product will be a Vega-based GPU aimed specifically at machine learning applications.

In addition, AMD is working on a machine-learning software environment that will include its MIOpen libraries that support common machine learning frameworks like TensorFlow and Caffe on the ROCm Open eCosystem platform. The heterogenous software environment will make it easier to program machine learning apps that use AMD’s GPUs for high-performance computing and deep learning tasks, officials said.

Intel officials said more advances are coming this year to the 8th Gen Core lineup in such areas as high-end performance notebooks, the Core H-Series, Optane memory and the 8th Gen Core vPro platform for businesses.