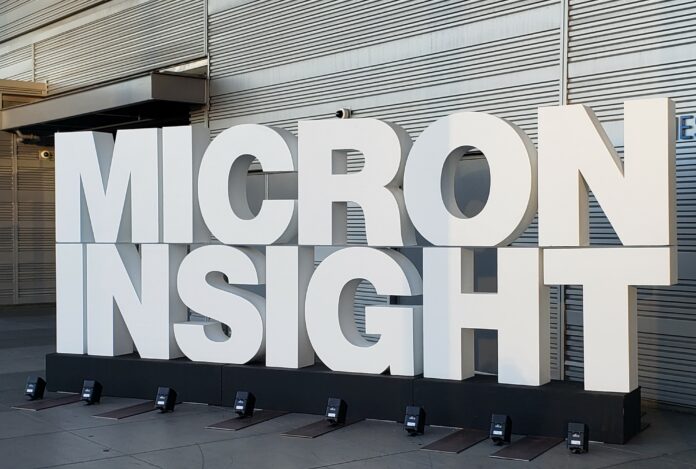 The news included the following:

We’ll go into a bit of depth on the key developments.

eWEEK has covered this development closely over the years. After completing more than a half-dozen years of early co-development, Micron and Intel severed relations on 3D XPoint in July 2018 to go their separate ways on commercializing the super-fast new memory chips. 3D XPoint is an entirely different architecture that has shown that it improves data movement by orders of magnitude. Four years ago, 3D Xpoint was hailed as potentially the biggest advancement in solid-state processors since the advent of Toshiba’s NAND flash chips in 1989. Since the release of 3D XPoint in late 2016, the product has been selling in modest numbers, largely because issues developed involving heat and other factors that stalled advancement of the product. Those problems now have been fixed, the company said.

Nonetheless, the joint project has resulted in the development of an entirely new class of non-volatile memory with lower latency and exponentially greater endurance than NAND memory.

“With 3D XPoint, we see another significant, differentiated part of the memory and storage hierarchy,” Micron Senior Vice-President Tom Eby, who runs Micron’s compute and networking business units, told eWEEK. “Every time one you come up with one of those, it will tend to eat away a little bit at the technologies on either side (DRAM and NAND flash SSDs) but grow the overall pot. It has greater performance and endurance than NAND, and greater capacity and persistence than DRAM.”

This is Micron’s first 3D XPoint storage device (the first of which will have 750 GB capacity), whether PCIe- and NVME (nonvolatile memory)-based, Eby said. “We see significant performance advantage versus any other 3D XPoint- or NAND-based device out there, across a range of both sequential and random read/write devices. We’re seeing between a 3.5X to 5X benefit (reads), and 10X benefit (writes),” Eby said, comparing the performance of the new devices with those of competitors, such as Intel.

As one might imagine, this state-of-the-art memory processing is aimed at high-bandwidth, high-performance, low-latency type applications, such as AI/ML, fintech, scientific, military and government app use cases.

Micron lists the business advantages of the 3D XPoint device as follows:

The X100 SSD will be used in limited sampling with select customers this quarter, Micron said.

Micron’s Deep Learning Accelerator (DLA) technology, powered by the AI inference engine from FWDNXT, equips Micron with the tools to observe, assess and ultimately develop innovation that brings memory and computing closer together, resulting in higher performance and lower power. Micron said its DLA technology provides an easy-to-use software programmable platform that supports a broad range of machine learning frameworks and neural networks and allows for processing vast amounts of data quickly in an easy-to-use interface.

Micron’s DLA can consume massive amounts of data and then return insights that launch discoveries. For example, Micron is collaborating with doctors and researchers at Oregon Health & Science University to use convolutional neural networks (CNNs) running on DLA to process and analyze 3D electron microscopy images. The goal of this collaboration is to discover new insights for treating cancer. Micron is also partnering with physicists at leading nuclear research organizations who are experimenting with DLA-based CNNs to classify the results of high energy-particle collisions in near real time and detect rare particle interactions that are believed to occur in nature.

This new cloud-based service complements existing efforts to protect IoT networks through secure element functions in Authenta-enabled standard flash devices. Authenta KMS security-as-a-service platform allows installed secure flash devices to be activated and managed at the edge through a cloud-based service. This capability enables platform-hardening and device protection through the entire lifecycle, extending from the manufacturing supply chain to in-field installation and management.

The Micron 7300 NVMe series of SSDs are designed for workloads that demand high throughput and low latency. They are ideal for commonly used mixed read-write, compute and virtualized tasks such as SQL and NoSQL, for hyperconverged infrastructures, and for compute-centric cloud platforms. The use of 96-layer 3D TLC NAND technology brings cost and power efficiencies while the drives offer end-to-end data path protection, power-loss protection, secure firmware and instant secure erase capability.

The 7300 NVMe devices come in a wide variety of form factors, capacities and endurance levels. The drives will be available for ordering starting in December. The 7300 series of drives complement Micron’s existing data center portfolio, which includes the high-performance 9300 NVMe SSDs announced earlier this year.