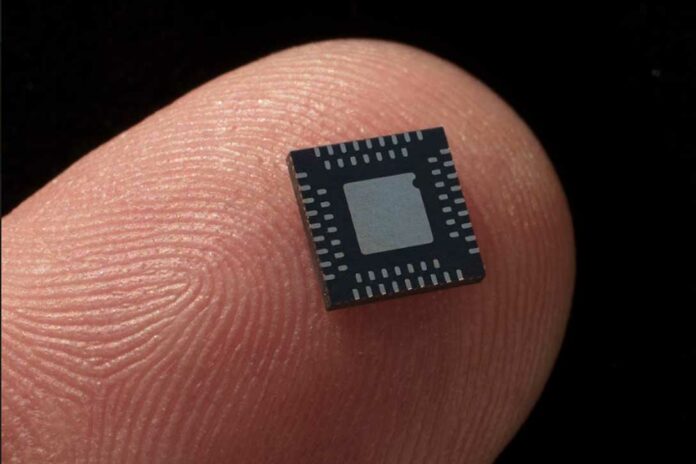 A small startup is looking to take on larger chip makers with wireless platforms based on the new Bluetooth 5 standard that officials say will lead to battery-free devices for the fast-growing internet of things.

Atmosic Technologies officials this week are taking the wraps off their initial ultra-low power chip platforms that are designed to save enough energy and harvest enough power to enable IoT devices that don’t have to rely on batteries, which in turn will save time and money and reduce their impacts on the environment.

The numbers of intelligent connected devices continue to grow exponentially—with projections as high as 20 billion or more worldwide by 2020 and only going up from there—and range from consumer appliances and warehouse machines to tiny sensors. Power and battery life will continue to be key issues for many of these devices, according to Atmosic CEO David Su.

With batteries come the cost and the hassle of replacing them. Atmosic’s M2 and M3 series platforms are designed to help do away with batteries by significantly driving down power consumption and offering creative control energy harvesting capabilities.

Company engineers focused on three areas. The first was designing an extremely low-power radio that is compatible with industry standards and will drive five to 10 times longer battery life, according to Su. Secondly, they created an on-demand wake-up capability that essentially gives the radio two ways to listen. One sets an extremely low level of consciousness that enables the radio to perceive incoming transmissions. The other sets a level of deep sleep, waking only when alerted to incoming signal transmissions.

“When two devices are talking to each other and they decide they don’t have much to say anymore, they can both go to sleep,” Su said, though the radio can wake up when transmissions come in.

The function will enable 10 to 100 times better battery life, the CEO said, adding that “if we can bring this power down low enough, then the harvesting of energy becomes a viable alternative.”

Harvesting of energy to power devices is not new. The idea is to draw power from other sources to run the device. Su said that rather than rely on ambient sources of power, Atmosic’s technology initially will focus on controlled energy sources. In this case, a key source will be the radio frequency transmissions, essentially “converting the incoming RF energy into DC power.”

However, with the rapid growth of connected devices, the number of power sources in the future will be almost limitless, he said.

The range of connected devices that make up the IoT is wide, but Su said initially the company is focusing on such devices as beacons, controllers, wearables, keyboards and mice, and asset and fitness trackers. The Bluetooth 5 wireless technology is a good fit for such devices, including offering twice the speed and four times the range—now comparable to WiFi—over legacy Bluetooth technology. It also delivers eight times the bandwidth.

Just as important, it’s a good way for a company like Atmosic to make a push into a crowded and highly competitive space.

The company’s M2 and M3 series platforms are sampling now and will go into mass production in the second quarter of 2019. Atmosic is a fabless chip company but wouldn’t say who is manufacturing the products. The platforms will come with various packaging options, including flash and non-flash, 5×5 QFN and 6×6 DRQFN packages.

Atmosic is entering a market that has its share of established competitors, including those building chips based on Arm’s low-power designs. Su said his company’s unique design approach and focus on battery life—and eventually doing away with batteries altogether—will enable it to gain traction in the space against vendors who might view IoT as only one of their market segments.

He also noted the experience in the company, which was founded in large part by former executives from Atheros, which was bought by Qualcomm for $3.1 billion in 2011. Executives and engineers also have backgrounds with such companies as Qualcomm, Cisco Systems, Broadcom, Micron, MediaTek and Apple.