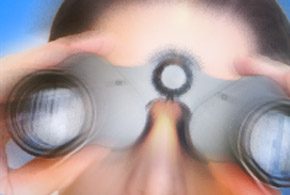 Google this month is celebrating 14 years. In the last 14 years, the company, which was founded by Larry Page and Sergey Brin, has become a dominant force in search, an even more powerful player in online advertising and one of the leaders in the mobile world with Android.

By nearly all measures, Google is the company that most other firms could only hope to match. Only the likes of Apple and IBM can challenge it in terms of wealth and market influence.

The inability to match Google has not been due to lack of trying. For years, companies have been delivering really innovative products, but for one reason or another, they’ve come far short in matching Google in terms of innovation, the breadth of its Web application offerings and its ability to reach the market first with a brilliant new product.

Some observers would say that the competitors have fallen short because of their poor marketing strategies. Others say that competitors such as Yahoo just didn’t have the talent and technical vision to keep up with Google’s rapid-fire innovation.

But perhaps all of that misses the point. Perhaps Google is just a historic phenomenon that came along at just the right time in history with just the right ideas.

Read on to find out all of the things Google has done to be one of the most successful companies in the history of information technology.

If Google is defined as anything, it’s a search company. For years now, Google has been the dominant force in search. But before that, the company was able to revolutionize that industry with the very best ideas on how to deliver relevant results. Without Google Search, it’s hard to imagine the Web’s current state.

2. A revolutionary take on advertising

Although online advertising has been around a long time, Google was able to combine its search efforts with ads to totally transform that space. Add that to its DoubleClick acquisition and its push into mobile search and advertising, and it’s easy to see why the company is generating so many billions from advertising.

Across the Web, there’s a concept that the “stickier” a site, the better. What it means is that Website owners want to try and keep people on their sites as much as possible. Google, however, hasn’t always played that game. In search, especially, the company wants to get customers from one place to another without keeping them stuck on its own pages. It’s a fascinating concept that companies like Yahoo and Microsoft picked up on far too late.

4. Willingness to say it was wrong

Google has been wrong many times in the past. In some cases, the company has looked foolish. But over that same span, Google has been willing to admit it was wrong, accept the blame, and move on. That breeds respect. Google is popular today because of that.

5. A commitment to green

Google is one of the more green-focused companies in the technology industry. From its investments in wind farms to its attempts to cut down on consumption, the company seems to believe that it must be good to the environment. Recently, Greenpeace said that Google is a leader in environmental friendliness. That’s saying something.

Although Apple is often cited as the most innovative company out there, Google might actually take that crown. The company has spent the last 14 years investing in all kinds of advanced technologies, including a driverless car, space travel, and Goggles, image-recognition software that enhance users’ understanding of their surroundings. It should be interesting to see what Google comes up with next.

Google has been able to establish itself as a leader in the mobile market by realizing just how important partnerships are. For years, the company has played nice with major companies, ranging from Apple to Samsung. And in the process, it has elevated its brand and helped its products gain in popularity.

Although some folks have argued that Google is a monopoly, the company has done a fine job of making the average consumer forget about that. So what if it practically owns the digital-advertising market? And who cares if Google Search is the default in its products? Although it has come under increasing scrutiny from government business regulators in the U.S and abroad, so far it has avoided wide-ranging anti-trust investigations that distracted Microsoft for so many years. Unlike Microsoft, Google has been able to make itself look like the good guy. And it’s benefiting today because of that.

One of the key aspects of a company at Google’s level is its ability to appeal to shareholders. And as Google’s shares continue to soar, the company has proven once again that a soaring stock usually helps consumers forget the mistakes and love the victories. Without its stock, Google just wouldn’t be Google.

Let’s face it: Google is the nicer Apple. Both companies are hugely popular and they know what it takes to be successful. But Apple is widely viewed as the somewhat mean, secretive and aloof company that forces customers to play by its rules. Google, meanwhile, seems more approachable and somehow…nicer. That matters. And it has helped Google succeed.