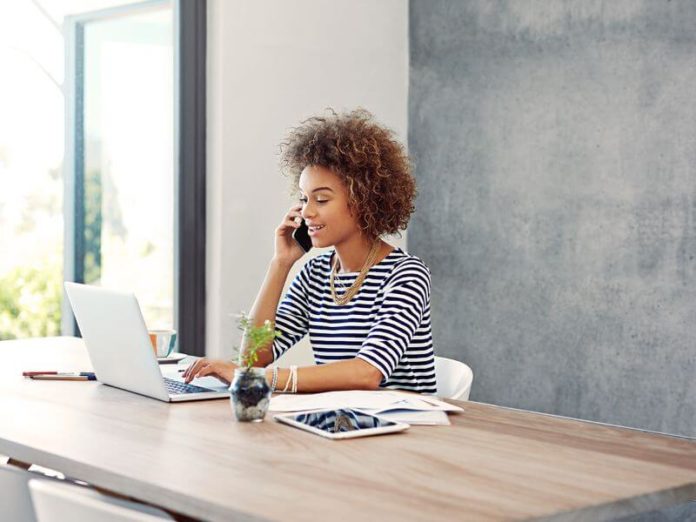 Looker by Google and Microsoft Power BI are both business intelligence (BI) and data analytics platforms with a strong following.

Clearly, the need for these data analytics programs is growing. No longer are they used only by an elite team of data scientists slicing and dicing data. In the era of digital transformation, mid-level management, marketing, sales, and other non-tech staff are all leaning heavily on data mining – daily.

As two well regarded data analytics platforms, users may need to choose between Looker and Power BI. There are arguments for and against each. Which business intelligence platform is best?

Microsoft encompasses a massive number of associated platforms and applications. Power BI, therefore, offers a diverse set of features that range far beyond BI and analytics.

Google acquired Looker in 2019. This tool is web-based and offers plenty of analytics capabilities that businesses can use to explore, discover, visualize, and share analyses and insights.

Enterprises can use it for a wide variety of data mining techniques. It takes advantage of a specific modeling language to define data relationships while bypassing SQL. Looker leverages its Google ownership by being tightly integrated with a great many Google data sets, including Google Analytics.

Looker earns good marks for reporting granularity and scheduling but lacks the feature set of Power BI. Microsoft wins in terms of breadth of service due to its ecosystem of integrated platforms. 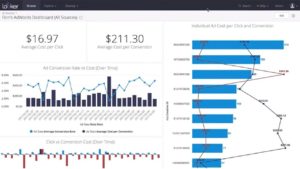 A dashboard in Looker.

Looker vs. Power Bi: Comparing Ease of Use

Newer users appear to find Power BI much easier to use than Looker, which is said to have a steep learning curve due to the need to use the LookML proprietary programming language. But those familiar with that language say that once learned, it is easy to use. They add that it streamlines the distribution of insights to staff across many business units. But for those less familiar, it can be difficult to set up and master.

The conclusion: Power BI wins on broad usage by a non-technical audience whereas Looker wins with technical users who know its language. A dashboard in Power BI.

Despite its proprietary modeling language, users say Looker isn’t that difficult to master and it is worth it in terms of being able to define data relationships and bypass SQL. Once the learning curve is mastered, users remark about how simple it is to use the platform for analytics.

Visualizations, though, are relatively basic according to some users and queries can be a little slow. But a drag and drop interface and pre-built templates and data models help analysts repeat similar analyses rapidly rather than starting again from scratch.

Power BI, however, is particularly good at crunching and analyzing real-time data. Overall, Power BI has the edge in analytics, although advanced users operating in the Google world and competent on LookML would probably give Looker their vote.

Both Looker and Power BI have pros and cons with regard to the strength of their platforms in terms of the cloud. Power BI has a fully functional SaaS version running in the Azure cloud as well as an on-premises version resident in Power BI Report Server. Power BI Desktop is also offered for free as a stand-alone personal analysis tool.

When power users are engaged in complex analysis of multiple on-premises data sources, however, they need to download Power BI Desktop. The on-premises Power BI offering isn’t as rich as the cloud version in terms of dashboards, streaming analytics, natural language, and alerting.

Looker is wholly cloud-based and requires no software of any kind. It does not offer any kind of on-premises option. Power BI wins for on-prem and it’s a tie for cloud functionality.

Gartner notes that Power BI’s handling of content promotion and publication can generate administrative overhead. This isn’t an easy fix, which will add manual labor between Power BI apps and its collaborative development environment known as Workspaces. Yet Power BI offers a vast ecosystem of integrations and partners. And it is tightly embedded into a great many other Microsoft tools. It can also run Mac and Linux.

Looker is also able to run Windows, Mac, and Linux. It offers APIs and other means of exporting its data models to external visualization platforms. And of course, it is closely integrated with many Google data sources. But it can’t really compete with the breadth of integration options available to Power BI.

Microsoft is very good at keeping prices low as a tactic to grow market share. It offers a lot of features at a relatively low price.

Power BI Pro, for example, costs approx. $10 per month per user. The premium version is $20 per month. The bottom line for any rival is that it is hard to compete with Microsoft Power BI on price when it comes to automated machine learning capabilities and AI-powered services.

Looker is more expensive. Its enterprise-class features related to the distribution of users and reporting mean that those needing these capabilities must be willing to pay a higher price. Power BI wins on price.

Microsoft is committed to investing heavily in Power BI and enhancing its integration across other Microsoft platforms. Any organization that is a heavy user of Office 365, Teams, Dynamics, and/or Azure will find it hard to resist the advantages of deploying Power BI. And those advantages are only going to increase. On the AI front, for example, the company boasts around 100,000 customers using Power BI’s AI services.

Microsoft is also putting effort into integrating with other applications and in making it easy to autotune query performance. Power BI is being integrated more and more closely with Microsoft Teams, which has tens of millions of daily active users.

For the Microsoft user base, it might be hard to convince them why they shouldn’t just tack Power BI onto their existing Microsoft services. Consider, too, the existing sales teams and distribution channels for Microsoft products. With such a huge user base and so many tentacles across the world, Power BI is only be a click away for many organizations. Those with an eye on budget that yet want a rich BI platform will certainly favor Power BI.

Power BI was graded as the top tool by Gartner in its latest “Magic Quadrant for Analytics and Business Intelligence Platforms.” Looker was not part of the analysis as it is more specialized.

Looker doesn’t really try to compete head-to-head with Microsoft. But there are certain enterprise user needs for reporting and analytics distribution where Looker excels. And for those heavily leaning on Google platforms, it offers advantages to skilled analysts. It is for the truly Google-centric user that Looker stands out.