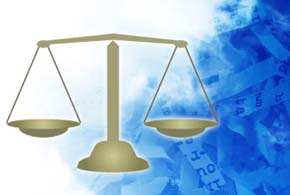 Google can now be sued in connection with complaints that the company failed to adequately warn and protect consumers about additional add-on credit card charges that could be incurred after the initial purchase of an app.

That’s the decision of a California judge, who is allowing a California mother to file a class-action lawsuit against Google for allegedly providing inadequate warnings about potential extra charges, according to a July 22 report by Reuters.

In her complaint, the woman told the court that she had created a Google Play story account for her son using her credit card and then entered her account password on her Samsung Galaxy tablet so she could allow him to purchase a 99 cent game app, “Marvel Run Jump Smash,” the story reported. “But her password remained open for 30 minutes after the download and during that time, her child, whose age was not disclosed, racked up $65.95 in purchases within apps,” the lawsuit said.

Such in-app purchases have been widely controversial in the United States and in Europe, with many cases of parents complaining to government regulatory authorities about apps that allow children to make additional purchases without their parents’ consent. Apple and Amazon have also been targeted by consumers with such complaints about in-app purchases in the past.

In this latest case in California, U.S. District Judge Ronald Whyte ruled that the lawsuit could be pursued, rejecting arguments by Google that the case should be dismissed, Reuters reported. Google had argued that allegations that its advertisements were “unfair, deceptive or misleading” should be dismissed. Also denied were Google motions to dismiss allegations that the company breached the “duty of good faith and fair dealing,” the story reported.

In a similar case in April, Apple began the process of refunding $32.5 million to consumers who had unknowingly made in-app purchases—many of which occurred after the iPhone or iPad was handed to a child, according to an earlier eWEEK report. That move followed a January settlement between Apple and the Federal Trade Commission (FTC), which had said in a complaint that Apple violated the FTC Act by failing to make clear to parents that after they entered their Apple ID, a 15-minute window was left open during which purchases could be made without the retry of their passwords.

Following Apple’s own problems with in-app purchase issues, the company went on earlier this month to flag the same kinds of issues going on with Google’s Android customers, according to another eWEEK report. Apple essentially pointed its finger at Google for the same issues after not being content to take the blame alone. The FTC hasn’t yet publicly pursued the matter with Google, though it has gone after Amazon in connection with similar allegations. The FTC has drafted a lawsuit against the mega-retailer regarding unauthorized purchases made by children; Amazon rejected the charges, the Associated Press reported July 3.

The FTC has for years been keeping an eye on applications designed for kids. In late 2012, it released a report on its study of how the 400 most popular children’s apps in Apple’s and Google’s stores disclosed their privacy practices.

“Most apps failed to provide any information about the data collected through the app, let alone the type of data collected, the purpose of the collection and who would obtain access to the data,” said the FTC, warning companies that they “expect to see improvements.”

In letters sent to the FTC, parents complained about their kids racking up in-app purchases in the hundreds and even thousands of dollars. One girl added $2,600 in charges to her mother’s credit card by playing a game called “Tap Pet Hotel.”

Earlier this year, the European Commission addressed Apple and Google together when it called for the mobile industry to be smarter and more open about the “freemium” model of applications for kids.