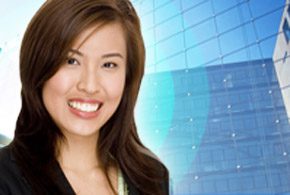 Google is giving $1 million to 40 global organizations that work with startup companies to encourage them to find ways to bring more women into the fields of business and technology.

The program, called #40 Forward, aims to increase the number of women working within the communities served by the global startup-focused organizations by 25 percent in 2014, according to a March 5 post by Bridgette Sexton Beam, Google’s global entrepreneurship manager, on the Google Official Blog.

“In an effort to find new ways to advance female entrepreneurs, this week Google for Entrepreneurs is committing $1 million in aggregate to 40 startup-focused organizations, challenging them to increase the representation of women in their respective tech communities,” wrote Beam. “From simply changing the times of events to accommodate busy moms to teaching young girls to see themselves as entrepreneurs, 40 of our partner communities will soon launch new programs and outreach initiatives to encourage women founders.”

The #40Forward project will include participating organizations such as 1871 in Chicago, which is launching an accelerator program for women founded or co-founded companies that’s more flexible and family-friendly, with a customized plan for each startup; Gaza Sky Geeks in Gaza, which is providing rewards for women attending startup events to demonstrate the economic value of them getting involved in tech to their families; Startup Grind chapters all over the world, which are hosting Women Take the Stage fireside chats featuring successful women business leaders in their communities; and Outbox in Uganda, which is launching a yearlong training to teach young women programming and entrepreneurial skills, according to Beam’s post.

“Women-led tech companies achieve 35 percent higher return on investment, and, when venture-backed, bring in 12 percent more revenue than male-owned tech companies,” the post reported. “Yet women are still underrepresented in startup communities. We think there are substantive ways to be more inclusive.”

Having more women involved in new business projects is important, according to the project’s Website, because “studies have shown that diverse teams create better products and run more successful companies. We also know that women are highly efficient with capital, running companies on two-thirds the funds of their male counterparts, yet receiving roughly 4 percent of venture capital.”

For Google’s Beam, the new program has an especially personal meaning. “At age 40, my mom quit her job to start an employment agency for people with disabilities,” she wrote. “Over the next few years and without a college degree or any formal funding, she grew her business to employ more than 30 people and serve thousands of clients.”

That real-life experience made its mark on her, wrote Beam. “Though to me she’s one-of-a-kind, it turns out there are other women like my mom out there. According to the National Association of Women Business Owners, women make up 30 percent of U.S. business owners and employ nearly 7.8 million workers. Even though women-owned enterprises operate with far less capital, in the venture-backed tech industry, they produce 12 percent higher returns. That means that not only is supporting women in business the right thing to do, it’s also the smart thing to do.”

Several other women entrepreneurs contacted by eWEEK lauded the idea of Google’s new program, but added that it is only a start to what is needed to truly increase the number of women who are starting and growing their own businesses.

“It’s great that they are recognizing that money is necessary to fund some of these companies, but if women aren’t doing this it doesn’t matter how much money they are throwing at it,” said Tracey Wellson-Rossman, the founder of Tech Girlz, a Philadelphia-based nonprofit group that works with adolescent girls to encourage them to look at careers in technology.

What’s also needed, said Wellson-Rossman, are systemic changes in business that truly and widely encourage and support women who want to start and develop their own business ideas, which isn’t happening now on a large scale.

What could eventually change that, she said, is to encourage ideas of entrepreneurship and business by talking with young girls through programs like Tech Girlz, where they can gain knowledge on how they could approach such concepts and dreams as they get older. “It’s our opinion from the Tech Girlz side that it starts when they are young,” Wellson-Rossman said.

Despite those concerns, Wellson-Rossman said she is supportive of the new #40Forward program. “I don’t want it to come across that I don’t agree with this,” she said. “I think it’s great. But there are other things needed around it.”

Telle Whitney, CEO of the Anita Borg Institute, a Palo Alto, Calif.-based group that works to encourage and guide women in computing and technology innovation, said that Google’s investment is a good start.

“The $1 million is going to organizations that help groom women for startups,” which can often be challenging to obtain otherwise, said Whitney. The program could help increase the number of venture-backed startups that are run by women, which today only amounts to about 5 percent of startups, she said. “It’s really small. The [business] landscape would look radically different if it were 50-50. Yes, this is as a start. It is an investment. I applaud that they are doing this.”

Kelly Hoey, the co-founder and managing director of Women Innovate Mobile, a New York City-based mentorship-driven business accelerator that aims to help with early-stage investment in mobile-first female-led startup ventures, told eWEEK that Google’s involvement in the program makes sense because the global expansion of entrepreneurship is important for Google and its future.

At the same time, though, providing money for such projects isn’t the whole answer to the large gender inequity seen in the world of business and startups, said Hoey.

“Doing something is better than doing nothing,” she said. “Money helps.”

But it’s also about contacts, introductions and the business networks that have to be built, grown and encouraged to change perceptions and help more women become successful entrepreneurs, said Hoey. “To encourage women to get into technology, money is nice, but what about the networks and the relationships and the trust?” she said.

With Google’s involvement, those kinds of assistance and resources certainly could also follow, she said.

“It’s really great to have a new incubator program, a new accelerator, but then what?” asked Hoey. “It’s just one piece, and it’s great, but other people shouldn’t step back and think, ‘Oh, good, Google got it done.’ There’s more to be done. We need women to be more successful and, yes, we need programs like this from Google and others.”

What would be great is for young girls today to see more female role models in business who have the same larger-than-life reputations as the late Steve Jobs of Apple, said Hoey. “We need to see role models and highlight them. We need to show who these people are and really celebrate what they’ve done.”