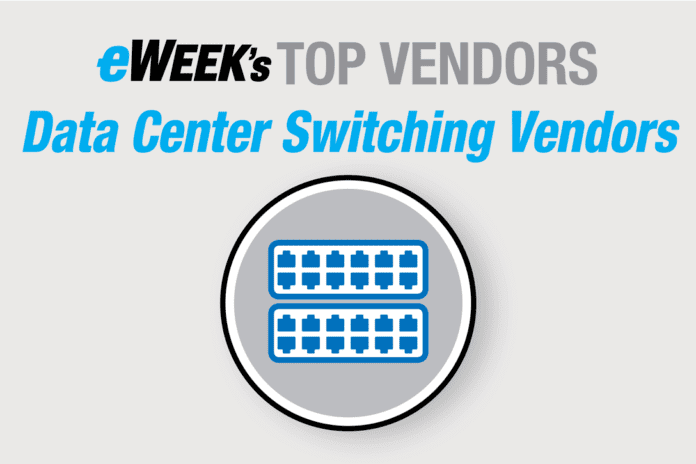 For decades, IT networks were considered little more than necessary plumbing that linked servers, storage and end-user clients, with the sole purpose of simply running data between the various points. However, the last several years have brought significant changes in IT, with the world rapidly becoming more data-centric, more software-defined, more distributed and more mobile.

At the same time, there has been the rise of new and emerging applications and technologies, from artificial intelligence and machine learning to the cloud, edge computing, data analytics, virtual and augmented reality  and the internet of things (IoT). There are a lot more functions now being built into networks, not the least of which are security and business intelligence.

“The network’s always been one of those things people have argued about, when it comes to its relative value in an IT system,” longtime industry analyst Zeus Kerravala of ZKResearch told eWEEK. “Well, it’s continued to increase in value because we live in a world where everything’s connected. There’s really only one network now, and all of our devices now have to connect to it.”

How networks have changed in a short time

The growing demand for faster speeds, more bandwidth and lower latency has put the network front and center in the IT world. Data and applications are no longer confined to central data centers, and they need to move quickly between those data centers, the edge and multiple clouds.

The network itself also has undergone significant change. Networks are now increasingly monitored and virtualized, with software-defined networking (SDN), network-function virtualization (NFV) and software-defined WAN (SD-WAN). They’ve also become more intelligent—look at intent-based networking—and the decoupling of the data plane and network functions from the underlying proprietary hardware has given rise to open switches that can run third-party operating systems and software. Cisco Systems, Dell EMC, Hewlett Packard Enterprise and other established vendors now offer branded gear that can run software from the likes of Cumulus Networks, Big Switch Networks and Pluribus Networks; often their own software can run on hardware from other vendors.

It also has enabled original-design manufacturers (ODMs) that make unbranded white-box switches to gain ground in the highly competitive enterprise networking space. In the current IT world, networks are now the foundation, the key enabling of modern computing; central to networks are switches.

Here’s a listing some of the market-leading and next-generation switch vendors in no particular order, with the list being created with research from Gartner Research, IDC, Dell’Oro Group and other sources.

Value proposition for potential buyers: Any discussion about networking has to start with Cisco Systems. The company has been at the top of the market for the past couple of decades, and even throughout its ongoing transformation into less of a box-maker and more of a software and solutions provider, Cisco has continued to be the dominant hardware player in the space. Its portfolio of switches bears that out.

Who uses it: Mostly larger enterprises; IT networking personnel only
How it works: many on-premises hardware and software options
Read user reviews of Cisco Systems

Value proposition for potential buyers: Arista is newer and smaller than rival Cisco, but it has made significant gains over the last several years. The company’s 2018 Ethernet switch revenues jumped 27.6 percent and its share grew from 5.6 percent a year earlier to 6.6 percent, according to IDC. Arista has put legitimate marketshare pressure on leader Cisco Systems in the tech sector during the past five years.

Who uses it: Midrange and larger enterprises; specialized IT networking staff only
How it works: on-premises hardware and software options
Read user reviews of Arista Networks

Who uses it: Midrange and large enterprises, IT networking staff and admins
How it works: On-premises and cloud-based hardware and software options
Read user reviews of Hewlett Packard Enterprise

Dell EMC has expanded its portfolio of open networking systems to include a 100 Gigabit Ethernet switch designed for Hyperscale data centers, large enterprises and service providers. The highly dense Z9264F-ON switch, with 64 ports of 100GbE in a 2U (3.5-inch) form factor, is designed to address the rapid changes occurring in data centers and the rising demand for fast 100GbE networking,

Who uses it: Midrange and larger enterprises; mostly IT networking staff and admins.
How it works: on-premises hardware and software options
Read user reviews of Dell EMC

In April 2020, Extreme Networks announced that it has expanded its cloud footprint by enabling ExtremeCloud IQ across its edge solutions, including the X465 stackable switch platform, X440-G2 family of switches and ExtremeWireless access points and controllers.

Furthermore, the company added a new generation of Wi-Fi 6 access points (APs) and the ExtremeCloud Appliance to the portfolio, which will be integrated into ExtremeCloud IQ in the coming months with extra machine learning/artificial intelligence (ML/AI) capabilities. The cloud platform that powers ExtremeCloud IQ came from Extreme’s Aerohive acquisition, which closed in August 2019.

Who uses it: Midrange and larger enterprises; specialized IT networking staff only
How it works: on-premises hardware and software options
Read user reviews of Extreme Networks

Value proposition for potential buyers: Juniper has a switch lineup that runs from the data center and into the cloud. It’s QFX series of high performance and density systems are designed for both data centers and telecommunications environments and fit into a wide array of deployments, including top-of-rack and end-of-row as well as access and leaf, lean spine and core-and-spine.

Editor’s note: Leaf–spine is a two-layer network topology composed of leaf switches and spine switches. Leaf switches mesh into the spine, forming the access layer that delivers network connection points for servers. Every leaf switch in a leaf-spine architecture connects to every switch in the network fabric.

Who uses it: Midrange and larger enterprises; IT networking personnel only
How it works: on-premises hardware and software options
Read user reviews of Juniper Networks

Value proposition for potential buyers: Cambium is one of the promising new kids on the block and an early proponent of WiFi6 fabric networks. With WiFi 6, speeds would be up, latency would be down and familiar limitations of WiFi would vanish. The relatively fallow ground of 6GHz meant that compromises due to legacy devices would be gone, making WiFi something that you could use anywhere in the office or on the production floor.

WiFi 6 at 60GHz added a lot of extra bandwidth, so wireless capacity would move far beyond the current limitations of fiber networks in the office. While there will still be a role for fiber outside of the office, inside the office, 60GHz WiFi 6 will simplify enterprise networking by providing a multi-gigabit infrastructure without the disruption of cabling or the expense of wired infrastructure.

Cambium Networks has already announced a line of 60GHz WiFi 6 products that can support the wireless backbone of the future. The new products are expected to arrive in summer 2020 and should include high-speed cloud access in addition to 60GHz wireless access points and related infrastructure.

Mellanox switches are often found in Fortune 500 data centers and the world’s most powerful supercomputing solutions. Founded in 1999, Mellanox Technologies is headquartered in Sunnyvale, Calif. and Yokneam, Israel.

Editor’s note: This is an update of an eWEEK article previously published in February 2019.