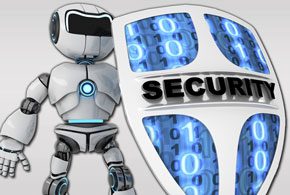 Confirming earlier rumblings, Microsoft officially announced today that it is acquiring cyber-security firm Hexadite. Although the financial details of the transaction are officially being kept under wraps, financial news outlet Calcalist reported last month that Microsoft agreed to buy the firm for estimated $100 million.

“Microsoft has signed a deal with intent to acquire Hexadite,” a Microsoft spokesperson told eWEEK via email. “The deal is not final at this time.”

Hailing from Israel, Hexadite specializes in automated incident response, addressing the often lengthy gap between detection and remediation when security mishaps occur. The company has a team of researchers in Tel-Aviv and is headquartered in Boston. Microsoft plans to completely absorb Hexadite into the Windows and Devices Group after the transaction is finalized.

“Our vision is to deliver a new generation of security capabilities that helps our customers protect, detect and respond to the constantly evolving and ever-changing cyber-threat landscape,” said Terry Myerson, executive vice president of Microsoft’s Windows and Devices Group, in a June 8 announcement. “Hexadite’s technology and talent will augment our existing capabilities and enable our ability to add new tools and services to Microsoft’s robust enterprise security offerings.”

Those capabilities include automatic investigation and remediation, powered, in part, by artificial intelligence. The company expects that Hexadite’s technology will extend WDATP’s automated remediation capabilities to endpoints. According to the software giant, WDATP is currently being used to safeguard nearly two million devices.

Faced with an increasingly complex threat landscape, IT companies are snapping up security vendors that can help their customers avoid becoming the victims of a hack or breach.

In February, HPE acquired security analytics firm Niara for an undisclosed amount. Focused on user and entity behavior analytics, Niara’s platform can uncover suspicious user, application or device activities and other signs of multistage attacks and other sophisticated threats.

Also in February, anti-malware vendor Sophos announced it was acquiring Invincea for $120 million. The company’s platform, called X by Invincea, uses a branch of AI called deep learning along with behavioral analytics to detect and isolate stealthy threats that bypass traditional antivirus solutions.

Meanwhile, CA Technologies wants to help enterprise developers create safer software from the start. In March, the company announced the $614 million acquisition of application security testing firm Veracode, enabling CA to address the gap between its security and developer solutions.

“What CA has done over the last few years is establish a baseline of products in agile management, a broad DevOps portfolio as well security and application monitoring. The acquisition of Veracode really bridges our security and DevOps portfolio,” Mordecai Rosen, senior vice president and general manager of CA Technologies’ Security division, told eWEEK‘s Sean Michael Kerner at the time.

Editor’s Note: This article was updating with a statement noting that Microsoft hasn’t finalized the acquisition of Hexadite.