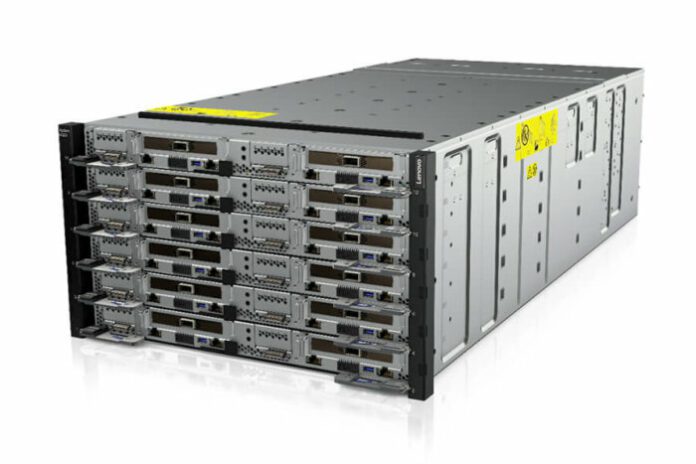 Top data center infrastructure vendors like Dell EMC, Hewlett Packard Enterprise and Cisco Systems over the past few years have rolled out programs allowing enterprises to essentially rent equipment and pay on a consumption basis rather than buying the equipment outright.

Now Lenovo is joining the movement. Lenovo officials last week unveiled TruScale Infrastructure Services, an offering enabling customers to use hardware and services either on-premises or at another site without having to buy the equipment. Laura Laltrello, vice president and general manager of services at Lenovo’s Data Center Group, said in a media advisory that the company’s “offering can be applied to any configuration that meets the customer’s needs—whether storage-rich, server-heavy, hyperconverged or high-performance compute—and can be scaled as business dictates.”

Company officials point to multiple benefits of the program, from reducing upfront costs and the ability to scale the capacity up or down based on need to Lenovo shouldering the responsibility for both the equipment and the services. Through the program, enterprises can choose the equipment they want to run and add more capacity or hardware if demand grows. It also includes a real-time dashboard that shows everything from usage to billing, a metering system that shows power consumption, customer service—including maintenance, support, remote monitoring and system health—and no minimum commitment.

There also is training and workload migration services, according to Lenovo officials. All this comes with a monthly fee. The new service “combines the economic flexibility of cloud with the security of on-premise data, giving customers more agility, efficiency and simplicity in how they operate,” Roderick Lappin, senior vice president and chief customer officer at Lenovo Data Center Group, said in the press advisory.

The TruScale effort is a good step by a company that is “one of the fastest growing data center providers out there and I believe is hitting on all cylinders,” Patrick Moorhead, principal analyst with Moor Insights and Strategy, told eWEEK. “It has a superior cost structure, very reliable products and is filling in gaps in the management and converged areas. TruScale isn’t the first on-prem pay-as-you-go offering, but appears to have the most flexible starting point right now.”

Competitors in the Space

Data center OEMs have been pushing consumption-based and flexible payment options for a number of years, particularly with the rise of public clouds and the growing strength of providers like Amazon Web Services, Microsoft Azure and Google Cloud in the server market. IDC and Gartner analysts have noted that the top hyperscalers, which also include Facebook, have become key drivers of global server revenues as they build out their networks of massive data centers.

HPE has a number of offerings that come with flexible pricing options, including Flexible Capacity for essentially offering leases for on-premises IT equipment. The company also has its GreenLake platform, which includes an infrastructure-as-a-service (IaaS) that provides a pay-per-use model with usage metering and flexible capacity management. Last year, the company added to it with a hybrid cloud offering. Two years ago, HPE and Rackspace unveiled a pay-as-you-go private cloud offering for enterprises.

All such offerings come at a time when enterprises are looking for more flexible and agile solutions to enable them to meet rapidly changing business needs, and consumption-based models are an attractive option. IDC analysts predict that by 2020, such models for acquiring data center equipment will surpass traditional procurement and account for up to 40 percent of IT infrastructure spending for enterprises.

Lenovo became a larger player in the data center space in 2014, when it paid $2.3 billion for IBM’s x86 server business. According to IDC, Lenovo is the world’s fourth-largest server vendor, with 6.2 percent of the global market by revenue. It also is No. 4 on the list vendors by the number of servers shipped.

In November, Lenovo officials said the company’s Data Center Group in its fiscal second quarter had its fifth consecutive quarter of growth in profits—up 9.5 percent—and that revenue had jumped 58 percent year-over-year, to $1.5 billion. The company has taken several steps in recent months to grow its data center business, including announcing a partnership with storage vendor NetApp to grow its all-flash and hybrid-flash capabilities. In addition, it is partnering with Scale Computing on a hyperconverged infrastructure appliance for midsize companies and edge computing environments.