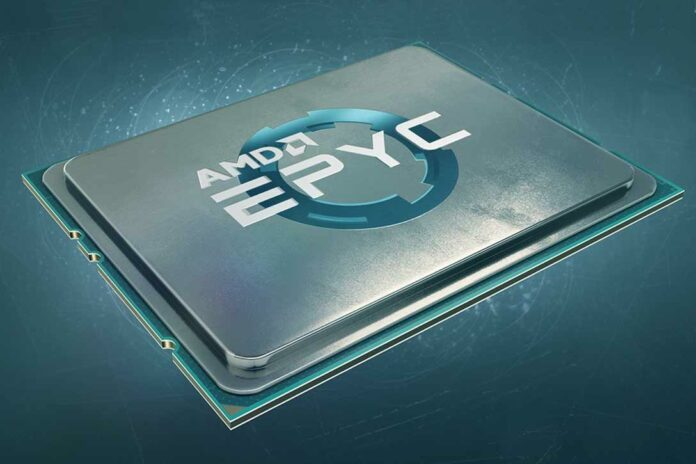 Advanced Micro Devices’ continued re-entry into the server market behind the strength of its Epyc chips launched last year got another boost this week when Oracle officials said they were introducing Epyc-based instances in the company’s Oracle Cloud Infrastructure.

The tech vendors announced the move this week at the Oracle OpenWorld 2018 show, with Oracle officials saying the company is the first public cloud provider to offer the Epyc chips in bare metal instances, though they noted that they also are using the processors in VM compute instances with one, two, four and eight cores. In addition, 16- and 24-core VM instances will be provided in the first half of 2019.

The partnership highlights the efforts of two top tech vendors looking to gain ground in highly competitive markets that are dominated by a single player. AMD for more than a decade, since the launch of its initial Opteron processors, has steadily lost ground to Intel, which holds more than 95 percent of the data center market. Meanwhile, Oracle, which was late to the cloud game, is looking to gain ground on Amazon Web Services, which holds about 40 percent of the public cloud space, and other major players like Microsoft Azure and Google Cloud Platform.

Oracle officials at the OpenWorld show put significant emphasis on new capabilities within the company’s cloud infrastructure, including the adoption of the Epyc chips.

“As the world of computing continues to evolve, you require a diverse set of hardware and software tools to tackle your workloads in the cloud,” Rajan Panchapakesan, Oracle’s principal product manager for compute and high-performance computing (HPC), wrote in a blog post addressing the company’s Epyc instances.

Panchapakesan wrote that the Epyc instances are aimed at several particular use cases, including general-purpose workloads where price/performance is important, big data analytics where jobs rely on higher core counts and demand high memory bandwidth, and HPC workloads like computational fluid dynamics, oil and gas exploration and crash simulations, which need high memory bandwidth. In addition, the Epyc instances—like all those based on the x86 chip architecture—support Oracle applications, such as the E-Business Suite, JD Edwards and PeopleSoft.

He noted AMD’s partnerships with such Hadoop distribution providers, including Cloudera, Hortonworks, MapR and Transwarp.

The bare-metal instances in the Oracle Cloud using the Epyc chips will cost 3 cents per core hour, which AMD officials said will cost up to 66 percent less per core than general-purpose instances offered by competitors. The Standard E2 instances will use two of the 32-core sockets—Intel-based instances use two 26-core Xeons—512GB of DDR4 memory and more than 269 Gbps of memory bandwidth. Oracle officials said the Epyc instances offer up to 33 percent more memory channels than comparable Intel-based instances.

The move is a significant one for AMD as it pushes to gain traction against rival Intel in the server market, particularly in the fast-growing hyperscale cloud environments. Cloud providers and system vendors are taking a cautious approach to Epyc, though the chip maker is finding friendly faces. Late last year officials with Microsoft and Baidu announced instances in their respective clouds that are powered by Epyc. In addition, Epyc chips, which are based on AMD’s “Zen” microarchitecture, have been adopted by some server makers, including Dell EMC.

At the show, Oracle officials announced several updates to their cloud infrastructure, including new integrated security solutions like the Key Management Service, an integrated cloud access security broker (CASB), a Web Application Firewall and protection against distributed denial-of-service (DDoS) attacks. In addition, the company previewed new capabilities in the dedicated Oracle Exadata cloud infrastructure for Oracle’s autonomous database cloud service, Autonomous Transaction Processing, and an integrated experience for both customers and partners that makes it easier to publish and deploy business applications from the Oracle Cloud Marketplace on the company’s cloud infrastructure.

“With the autonomous database, you eliminate human labor, you eliminate human error. There’s nothing to learn, nothing to do,” Oracle CTO and Executive Chairman Larry Ellison said during his keynote address. “Your developers become more productive, they bring up new applications, they do a better job of analyzing data. Your system is more reliable. It never goes down.”

Oracle also is expanding the number of cloud regions, with new regions in such countries as Canada, Australia, Japan, South Korea, Brazil and the United States—as well as Europe—opening by the end of the year.