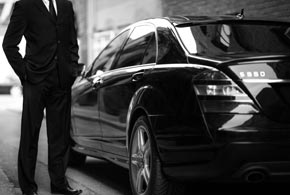 With the help of some major technology partners, Microsoft efforts to help Outlook users get more stuff done with the software appears to be paying off.

This week Microsoft announced that a handful of companies had released add-ins that extend Outlook’s capabilities beyond email and calendar management. Among the most notable of them is Uber, which reportedly scored a $100 million investment from Microsoft late last month. In June, it was revealed that Microsoft was unloading its Bing mapping unit to the mobile car-hailing app maker. The companies also announced that Cortana, the digital assistant technology in Windows 10, would soon enable users to flag down an Uber car.

Now, after becoming a must-have app on iPhones and Android smartphones, Uber has its sights set on corporate inboxes. The new Uber Ride Reminder add-in for Outlook 2013 and Outlook on the Web allows users to schedule rides to upcoming events or meetings with a single tap or click.

“Prior to the time of your ride, you get an Uber reminder on your phone with the destination already set. Simply swipe the notification, confirm your Uber ride, and your car will be on its way,” instructed Microsoft in a blog post authored by the company’s Outlook group.

The new add-ins are available now and require that users have both Office 365 and Exchange 2013 mailboxes. Versions for Microsoft’s Webmail service, Outlook.com, are being released within the next month, the company said.

Also new is the Evernote add-in, which allows users to share notes via the popular note-taking and collaboration platform.

“Start an email, use the add-in view to find the note you want, and click to send it on its way,” stated Microsoft. “You can also clip emails from Outlook to Evernote, save them into a designated notebook, and add tags for an extra level of organization.”

The software works with Outlook 2013 and Outlook on the Web inboxes that use Office 365 mailboxes for email storage and management. The product also works with Exchange 2013 mailboxes, but requires that an Exchange administrator install the add-in. Outlook.com support is set to arrive within the coming weeks.

Users can also now access Boomerang’s advanced email delivery and management features directly from the Outlook interface. “Schedule emails to send at the perfect time, get a reminder if your email doesn’t receive a response, and add a smart calendar assistant that lets you schedule meetings and share your real-time availability—all without leaving your email,” stated the Outlook team.

More Outlook add-ins are on the horizon, including IFTTT (If This Then That), a Web-based automation app. The Wunderlist to-do app, a recent Microsoft acquisition, is also headed to the email client.

Finally, Yelp will soon help make setting up lunch meetings a bit less of a chore. “The add-in will provide Yelp pictures, reviews, restaurant address and phone number and will insert these details directly into the body of your message or meeting invite,” said Microsoft.