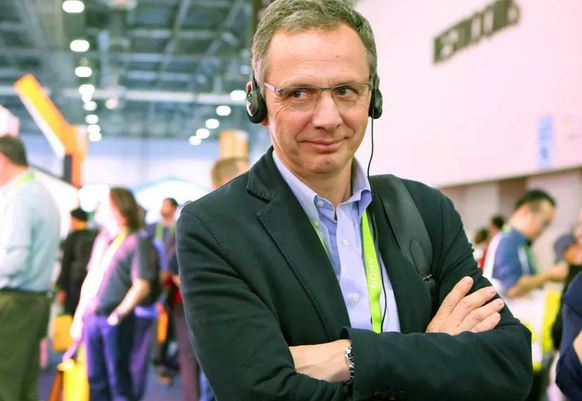 Hewlett-Packard CEO Dion Weisler this week announced he was stepping down in favor of Enrique Lores (pictured), who had been running the venerable company’s printing and imaging business. We see so much executive bad behavior in the technology segment that it is nice for a change to see a company get leadership succession right.

At HP, Weisler had been a bit of a magician by taking a company that his predecessor, Meg Whitman, had set up to fail (legacy lines, massive debt) and surprised everyone by turning it into an impressive success. No place has that execution been more amazing than with HP’s printing and imaging business. Under Lores’ leadership, that unit transitioned from an anchor bringing HP down to its most powerful asset while pivoting from traditional printing to areas like 3D printing and dye sublimation image transfers on cloth.

Let’s talk about why succession planning is so important and why it is also important that the company pulls from inside, not outside, whenever possible.

We saw this at Apple when Tim Cook was selected by Steve Jobs, not because he was the right guy for the job, but because Steve was convinced he could outshine Tim. Often CEOs don’t realize their legacy isn’t that they were the best CEO that the company had, but that the company continued its successful operation. But I’ve seen way too many replacement CEOs who seemed to be set up to fail rather than succeed; I’ve also seen boards of directors that have been all but worthless in mentoring the new CEO and assuring their success.

Yahoo and the selection of Marissa Mayer in 2012 was one of the most painful to watch, because she had potential but lacked the experience to execute. In fact, the interim CEO (Ross Levinsohn) she replaced was better equipped for the job in terms of core skills. It turns out she destroyed what was a multibillion-dollar asset while learning on the job. Ironically, I think she’d make a decent CEO now for the right industry, but given the failure, it is unlikely she’ll get the gig again unless she creates the company herself (and good luck with outside funding).

CEOs and boards often avoid succession plans altogether. As a result, people who would have made great CEOs leave for greener pastures, removing themselves from consideration. An example of this was Pat Gelsinger, currently considered one of the best CEOs in the world at VMware, who was forced out of Intel—which then ended up with Brian Krzanich, who nearly sank the firm.

If you look at Microsoft with Satya Nadella or Dell with Jeff Clarke, you saw people selected for the role from inside the company. They were senior enough to know the job and were able to step into it relatively seamlessly. In Microsoft’s case, the change resulted in a massive upgrade for the company because Nadella’s skill set was similar to co-founder/CEO Bill Gates but applied to the firm’s cloud computing effort. His predecessor, old-schooler Steve Ballmer, couldn’t lead the transition to the cloud. The result: a massive improvement.

In both cases, the candidate was internal, which signals to the senior management that there is a chance for advancement without leaving, it assures continuity between leaders, and the new CEO doesn’t have to spend an excessive amount of time figuring out the firm. They already know it.

HP is following best practice here. Lores was already running the biggest part of HP, and its PC leadership is strong. Given Lores’ existing execution and span of control, he was the best choice to replace Weisler, who has done an impressive job.

I should add that, unlike many of the other CEO changes of late, this change wasn’t due to Weisler’s lack of performance. On the contrary, Weisler has done an exceptional job. Thus, the transition is what most of them should be: relatively risk-free.

Weisler’s reasons for stepping down are personal, and he’ll remain on HP’s board. Of those reporting to him, Lores was the obvious choice, because he already managed the largest part of HP and because he has been executing exceptionally well.

One thing that I should add is that Weisler’s choice to step down is one that should be, but isn’t, made often enough. I’ve known a lot of CEOs who should have stepped down to handle family issues early and didn’t. Those CEOs have lost marriages and children and tend to end up bitter and unhappy at the end of their lives as a result. A family should always come first, and often people get their priorities backward. Weisler didn’t, and that too is a best practice.