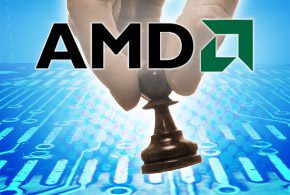 Advanced Micro Devices in 2016 announced a joint venture deal with a Chinese company to create a company in that country that would license AMD’s technology to create x86 server chips, a move the promised the U.S. chip maker hundreds of millions of dollars in licensing fees and royalties and a greater foothold in the large Chinese tech market.

Two years later, that joint venture with Chinese chip maker Hygon is producing x86 processors based closely on AMD’s Epyc server chips, which are built atop its “Zen” core microarchitecture.

The new “Dhyana” systems-on-a-chip (SoCs) reportedly are extremely similar to the Epyc processors, with the only real differences being the internally stored vendor ID and family series number. The Hygon Dhyana chips are so similar to the Epyc that, according to a report by Phoronix, Linux developers needed to change fewer than 200 lines of kernel code to enable it to run on the processors.

The move to producing x86-based chips in China comes with far-reaching industry and political implications. AMD has long been in the shadow of Intel, which dominates the x86 chip space for a number of markets, including server and PC processors. AMD had made a run at Intel in the mid-2000s with its Opteron server chips, bumping up its market share before losing momentum and falling further behind.

By 2016, AMD executives under CEO Lisa Su were looking to stabilize the company’s financial situation while building PC and server chips based on the new Zen architecture. The deal that year to partner with Tianjin Hiaguang Advanced Technology Investment to create the new company in China brought with it an immediate $293 million in licensing fees to AMD and the promise of royalties on any chips developed by Hygon down the road. AMD owns 30 percent of Hygon, which will make chips only for the Chinese market.

It also gave AMD an avenue into the large processor market in China, which has been increasingly difficult for U.S. tech vendors to get into. In 2015, the Obama administration banned Intel from selling high-performance Xeon server chips to Chinese companies for such systems as Tianhe-2, at one time the world’s fastest supercomputer. The concern was that such systems could be used by China in programs to develop nuclear weapons or other products that could threaten the United States. That ban has continued.

AMD isn’t the only chip maker to make moves in China. IBM has licensed its Power8 architecture, and Via Technologies is in a joint venture with Chinese company to develop x86 PC chips.

At the same time, Chinese officials, in an effort to build up that country’s tech industry, started pouring money into homegrown companies to develop its own technologies and put restrictions on how U.S. businesses could operate in China. That forced many of them, such as AMD and Hewlett Packard Enterprise, to partner with Chinese companies and create joint ventures to keep doing business in China.

The results of China’s efforts can be seen in such systems as the Sunway TaihuLight supercomputer, which spent two years topping the Top500 list of the world’s fastest supercomputers before being dethroned this year by the IBM-based Summit system in the United States.

TaihuLight, which runs at the National Supercomputing Center in Wuxi in China, delivers peak performance of 93 petaflops and is powered by homegrown Sunway SW26010 processors. It also uses a Sunway interconnect technology and operating system.

The supercomputing title is one of several areas of the tech competition between the United States and China, with others includes exascale and quantum computing. China’s efforts are part of the country’s Made in China 2025 initiative, which was announced in 2015 with the goal of pushing the country into leadership positions in nearly a dozen areas, including semiconductors, robotics and artificial intelligence.

However, diplomatic and market tensions between the two world powers has been ratcheted up in recent months by the growing trade war accelerated by the Trump administration’s imposition of tariffs on some Chinese goods and China’s retaliatory tariffs.