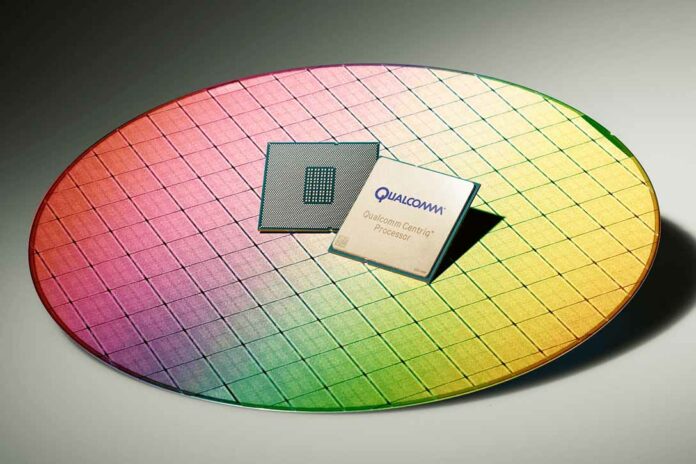 Qualcomm isn’t getting out of the server processor business, but don’t expect the world’s largest mobile chip maker to directly challenge Intel’s dominant position in the data center.

When CEO Steve Mollenkopf said in 2014 that Qualcomm was going to start making Arm-based processors for servers, the company immediately placed itself among the few vendors with the infrastructure and financial resources to gain traction in a market that has been hungry for a viable alternative to Intel’s x86-based chips.

In September 2017, Qualcomm announced the release of the Centriq 2400, a 48-core chip manufactured on Samsung’s 10-nanometer FinFET process and one that promised as much as four times the performance per dollar and 45 percent better performance than some of Intel’s “Skylake” Xeon processors.

Enterprises have been seeking options to Intel, which supplies more than 90 percent of all server chips around the world and has put an increased emphasis on servers and other data center systems over the past several years.

Organizations have hoped that a strong competitor to Intel could help drive innovation, reduce prices and give them a second source of silicon. IBM, with its Power9 processors and through the OpenPower Foundation, and Advanced Micro Devices, with its x86 Epyc chips based on its “Zen” architecture, both are challenging Intel in the data center.

In addition, Arm officials for several years have been pushing to bring chips based on its 64-bit architecture to servers and Qualcomm seemed poised to lead that initiative. Cavium last month rolled out its ThunderX2 Arm-based server processor for data centers and cloud providers.

However, in May, Bloomberg reported that Qualcomm officials were looking to sell or shut down its server chip business, deciding instead to focus on other areas, including smartphones and other mobile devices, the internet of things (IoT) and networking.

However, Qualcomm President Cristiano Amon, speaking with Reuters this week, said the company will continue making server chips, but added that the strategy for the business had changed somewhat. Qualcomm will cut some jobs in the business group and that it will be moved into the vendor’s CDMA Technologies unit, which is responsible for the company’s mobile phone chips.

In addition, the focus of the business will be on hyperscalers and major cloud vendors, Amon said, pointing to such Chinese companies as Baidu, Alibaba and Tencent. The chips will be sold there through a joint venture in China. He declined to name any cloud companies in the United States as potential customers, though only a few—including Amazon Web Services, Facebook and Google—operate at the same scale as those Chinese businesses.

Such larger hyperscalers tend to make their own software and, at times, their own hardware because they have the money, people and expertise to customize their systems for particular architectures, including x86, Power and Arm. Conversely, enterprises tend to buy more commodity hardware and software, which is largely x86-based. Similarly, Cavium officials also see cloud providers and high-performance computing (HPC) environments as important markets.

“It’s very clear to us that the ARM opportunity is focused on a few players where you don’t have the software x86 barrier to entry,” Amon told Reuters.

The change in focus and size of the server business also comes at a time when Qualcomm is looking to cut $1 billion in operational costs. In speaking with analysts in an April conference call to discuss quarterly finances, Mollenkopf said the company was making progress in its cost-cutting efforts, noting that the company is seeking cutbacks in such areas as R&D.

“We are also focused on spending reductions in our non-core product areas,” Mollenkopf stated. Throughout the call, the CEO talked about such markets as 5G, automotive, IoT and mobile devices and computing, but didn’t mention the server business, according to a transcript from Seeking Alpha.

Qualcomm has also stubbornly pursued a stalled effort to buy out chip maker NXP with a $44 billion offer that has been on the table since October 2016. However, Chinese regulators have not yet approved the deal which and it appears approval has gotten caught up in tensions generated by trade tariffs imposed by the Trump administration.

A temporary lull in trade tensions between the two countries fueled hope that the deal would go through. However, the president threatened higher tariffs on Chinese goods and Chinese officials have threatened to end trade deals with the United States if tariffs are hiked. All of this could impact Qualcomm’s bid to buy NXP.