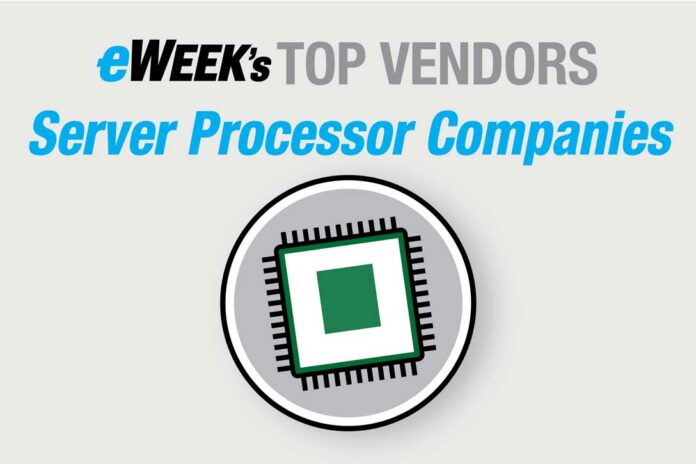 As in just about all of the IT business, things are again changing quickly in the data center. New workloads are taking advantage of advanced technologies, such as artificial intelligence (AI), machine learning and analytics, opening the door for more optimized silicon and pushing back at general-purpose chips.

At the same time, the data center is beginning to move beyond the firewall and into the cloud and edge, where features like power efficiency and throughput are becoming even more important and hyperscale cloud providers like Google and Amazon have the resources to build the chips they need for their workloads.

How does a device manufacturer—and there are a lot more than you might imagine globally—select the perfect processor? It’s not an exact science, but the various chip makers do have their specialties. Intel, the largest processor maker in the world, has a wide selection available; No. 2 AMD is bent on becoming No. 1 and offers some customizations that Intel perhaps cannot; Arm also is aggressive in the market and is the king of low-power, more efficiency-oriented chips; and IBM still cranks out enterprise-capable processors that many customers bet the company on.

Here’s a look at some of the top server chip vendors, with eWEEK’s list being created with help from our own resources alongside analyst firms Gartner, IDC and others. This list is aimed at IT server makers, integrators, component makers; chips are integrated into devices, chipsets or other components in manufacturing processes.

Value proposition for potential buyers: If you’re looking for good, standard general-purpose processors for your IT hardware product, Intel is the place to begin looking.

Value proposition for potential buyers: AMD is like Avis—No. 2, but always trying harder to serve customers in order to someday move out of Intel’s shadow. The company is becoming more innovative all the time.

Value proposition for potential buyers: Arm is out on the cutting edge of the chip world, innovating some of the finest low-power chips in the world. If you are manufacturing smaller, edge-type products (sensors, videocams, etc.), check ARM first. Its data center processors are also top-fllight.

Value proposition for potential buyers: If need good enterprise-type processors for servers and other data-center equipment, you may want to inquire here first. IBM’s ecosystem is second only to Intel in providing specialized goods and services.

Value proposition for potential buyers: Marvell has invested a great deal into its server chip business and is motivated to compete globally with Intel, IBM and Arm.

Value proposition for potential buyers: This young, ambitious company has a lot of ground to cover to carve out market share from the big providers, but it has a new-gen approach to servers and cloud services that newer enterprises may find intriguing. New customers and new companies often can mean deep discounts, too.

Value proposition for potential buyers: Long-established company that has its loyal buyers, mostly from way back. Not known for innovation.

The Chinese government has been putting a lot of effort and money into building up the country’s IT industry, with the goal of making China a hub for technology and enable its vendors to build more of their systems with homegrown components, including processors.